THE WASHINGTON POST – Television news producers operate outside the spotlight, figuring out story angles, sweating the details and persuading reluctant sources to go on camera. They also manage impossibly difficult personalities, get blamed for segments that go off the rails and generally don’t get credit for things that go right.

Ira Rosen lasted 40 years in this environment, some of that time spent as a producer for the legendary Mike Wallace, who in Rosen’s telling was as intimidating behind the scenes as he was on camera, bullying producers until they were literally sick. “The tension of the job led other producers to develop heart disease or cancer at an early age,” Rosen wrote in his memoir, Ticking Clock: Behind the Scenes at 60 Minutes. One producer named his ulcers “Myron”, Wallace’s birth name.

Rosen, it seems, found his own way to manage the stress: He took notes.

The result is his inside account of his career as a producer that included 25 years at CBS and 15 at ABC. In his period at the networks, he won numerous awards uncovering government fraud and corporate malfeasance; telling the stories of gangsters, con men, spies and corrupt officials; freeing the wrongly convicted; and landing interviews with the hardest of the hard-to-get.

But the essence of Rosen’s book involves the stories behind those stories. From it viewers of 60 Minutes will learn that the polished, disciplined news programme they see each Sunday night is – or was – a product of messy backroom brawls involving competing personalities and enormous egos with varying levels of talent. 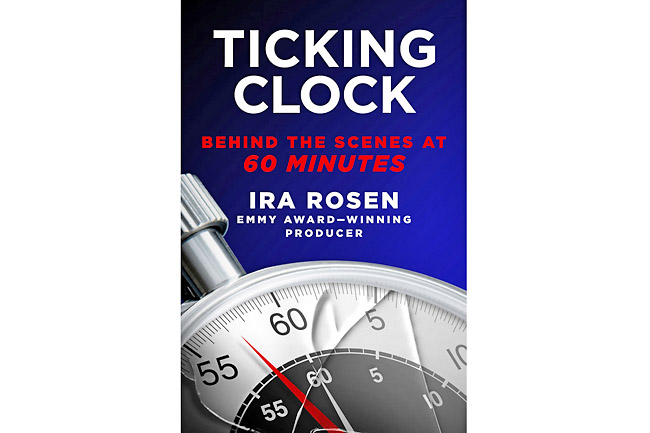 Years of belittlement from self-important correspondents have obviously stuck with Rosen, given what he wrote about them. They usually showed up for interviews “angry that they actually had to work,” he wrote. In several cases, he gets personal about his on-air colleagues.

Of Diane Sawyer, he said, “Though I loved (her) intelligence and commitment to the work, I hated her two-faced qualities. If she was overly friendly, chances are she was trashing you behind your back.”

Steve Kroft, with whom he worked in his second stint on the programme, “seemed fuelled by a deadly mix of narcissism and self-destruction”.

Katie Couric, with whom Rosen worked on a 2008 interview with Hillary Clinton, “was lazy and disengaged, and thought she was smarter than all of us who worked on the show. She wasn’t”.

These nuggets have already drawn the interest of the tabloids. Indeed, some of what Rosen plucked from years as a journalist feels designed for them: the Kennedy assassination, organised crime, UFOs and Melania Trump’s post-nup.

The heart of the book, though, and its more compelling parts, involve his work with Wallace, whom Rosen joined in 1980 after getting noticed for his work on a local TV show in New York City. By then, Executive Producer Don Hewitt had perfected the television news magazine genre he invented. The show was wildly successful, and Wallace was a TV icon. Working for him, Rosen wrote, meant learning the art of interviewing from the “Picasso” of the form.

Rosen was an unlikely hire, and Wallace was initially unimpressed. But he said he clinched the job when he told Wallace he’d played tennis at Cornell. “Mike thought that if I didn’t work out as a producer, he could get six months of good tennis out of me before firing me,” Rosen wrote.

If that has an old-boys-network feel, the rest of the book verifies the hunch. The toxic masculinity of the show is a recurring theme and it’s a dynamic that would come to take on greater prominence in the 60 Minutes narrative.

Rosen recounts the mood at the network in 2017, after eight women told The Washington Post that CBS This Morning co-host Charlie Rose, then a contributor to 60 Minutes, had made unwanted advances toward them. Later, the New Yorker broke a story on sexual misconduct allegations against CBS Chief Executive Les Moonves, a story that included allegations that 60 Minutes Executive Producer Jeff Fager allowed harassment in the news division, which he denied.

CBS hired two law firms to investigate, and their report – which was leaked to the New York Times – included a passage about Rosen encouraging women “to use their appeal to secure information from sources”. In the book, Rosen wrote that he believes the allegation stemmed from a 2012 talk he gave to an investigative journalists’ conference where he said that “flirting is a tool in a journalist toolbox to use, something I witnessed Mike Wallace and others use to great effectiveness”.

It’s no surprise that Rosen’s advice to other journalists would involve source development. Persuading people to talk was at the core of his job. The book details story after story of his efforts to get people to tell him things, and then say those same things on camera.

Often it was a delicate negotiation, and it sometimes involved, yes, flirting – or something like it. He told Jeffrey Epstein associate Ghislaine Maxwell, who had earlier propositioned him, that he would go home with her if she could deliver any tapes of Donald Trump at Epstein’s compound. It’s not clear if he was joking. In any case, she never did.

One source Rosen worked hard to cultivate was 2016 Trump campaign architect Steve Bannon, who sat for an interview on 60 Minutes in 2017. Bannon, with whom Rosen exchanged more than 1,000 texts, “trusted me in a way he never trusted any reporter”, Rosen wrote. And he said that at times he acted as Bannon’s “therapist-friend” and kept their conversations private, even though they were on the record unless otherwise specified.

All this source-tending would be suitable material for a course in journalism ethics. But Rosen’s account leaves a reader with the feeling that such cozy relationships are a necessary part of success in big-time TV.

Wallace might have been the Picasso of interviews, but his producer had to be the master of landing them in the first place.

Without them, the lifeblood of the programme would be gone – no exclusive, no uncomfortably close camera angle, no confrontation and, ultimately, no 60 Minutes. The pressure was enough to give you a Myron.