Taleban kill 8 in raids of IS hideouts in Afghanistan

Spokesman for the Taleban government Zabihullah Mujahid said the raids in the capital city and western Nimroz province on Wednesday targetted IS militants who organised recent attacks on Kabul’s Longan Hotel, Pakistan’s embassy and the military airport.

Eight IS fighters, including foreign nationals, were killed and seven others arrested in Kabul, while a separate operation in western Nimroz province resulted in two more IS arrests, Mujahid said.

“These members had a main role in the attack on the hotel and paved the way for foreign IS members to come to Afghanistan,” Mujahid said in a tweet.

The IS group claimed responsibility for a deadly bombing near a checkpoint at the Afghan capital’s military airport on Sunday. IS said that attack was carried out by the same militant who took part in the Longan Hotel assault in mid-December.

The regional affiliate of the IS group – known as the IS in Khorasan Province and a key rival of the Taleban – has increased its attacks in Afghanistan since the Taleban takeover in 2021. 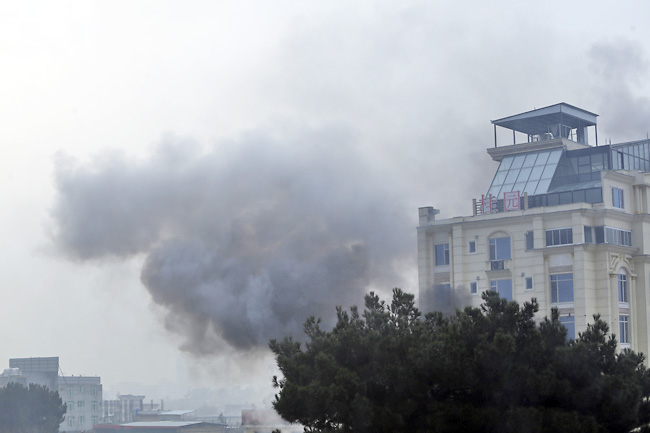