THE WASHINGTON POST – Houseplants are a source of joy and pride for their owners, many of whom developed green thumbs since the beginning of the pandemic. It takes effort and care to cultivate a plant, and it feels terrible when one suffers, especially from pests.

Maximising and maintaining a plant’s overall health is the best defense against pests and illness. Improper care is the top cause of plant deaths, experts say, not pests or diseases.

“The healthier they are, the better they’re able to resist,” said chief nursery specialist at the San Francisco Conservatory of Flowers Kristen Natoli.

Choose plants that will thrive in your environment and research their required care, suggested co-founders of the online plant shop Grounded Mignon Hemsley and Danuelle Doswell. “Your plant will teach you things just like another human will teach you things,” Hemsley said. “You have to tend to your plant’s needs based on their natural habitat.”

Natoli and her staff follow the same principle, considering the appropriate water, temperature, light and soil needs for each of the several hundred species at the conservatory.

Don’t worry if you see bugs on your plant. “Plants and insects go hand in hand,” Natoli said.

“You can’t have one without the other.” Decide your level of tolerance for pests, then formulate a plan, Natoli advised.

When you see an insect or change in a plant’s appearance, consider whether anything in the plant’s life has changed, such as receiving more or less water or light, and make adjustments. 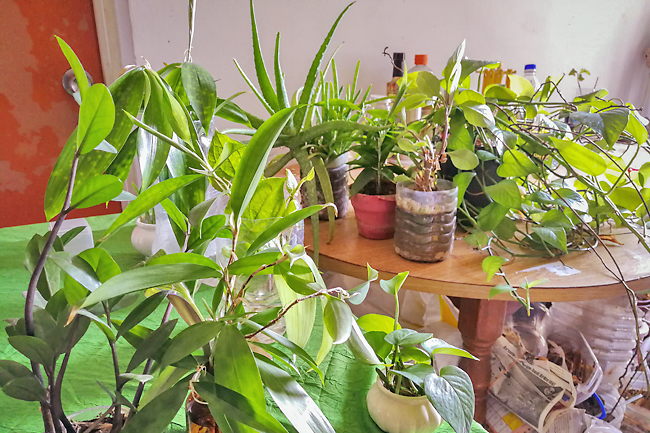 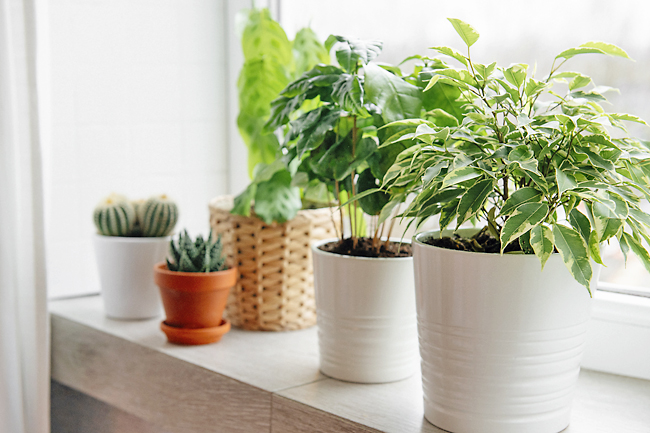 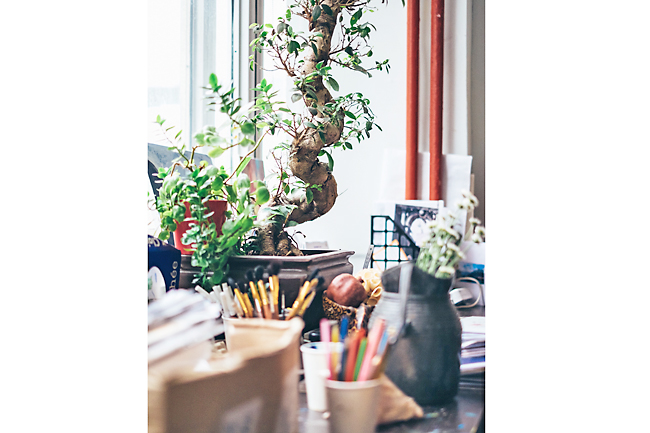 Check for strong, vibrantly coloured leaves and healthy new growth. Check “hiding places”, such as the parts where leaves attach to the stem and their undersides.

But it might be necessary to step in with immediate help. Pest management doesn’t have to be cumbersome; Natoli uses water and a technique called “hand removal” at home and at the conservatory. Insecticides and other treatments are available at garden supply stores; neem oil, a natural pesticide derived from neem trees, is popular and versatile.

Here are some of the most common houseplant pests and how to tame them.

These waxy, soft-bodied insects suck the liquid out of plants and leave white masses that look like rough cotton batting on foliage where they lay their eggs.

Many house plants are tropical plants, which are attractive to pests including mealybugs, which hide in nooks and crevices. Telltale signs include browning leaves or leaves with yellow spots, but the bugs themselves are large enough to see with your bare eyes.

“You won’t necessarily see them in the soil, but you’ll see them on the actual plant,” Hemsley said. “If you can see you have one, you probably have many.”

Isolate infected plants, because the bugs can crawl. Hemsley applies a concoction of equal parts Castile soap, water and neem oil to leaves, and Doswell used a cotton swab to apply equal parts rubbing alcohol and water to the visible bugs when she dealt with an infestation on her plants. After that plant education coordinator Paris Lalicata at online plant seller the Sill recommended spraying the plant with neem oil or insecticidal soap.

And rethink maintenance. Plant health specialist John Saltiel at the United States Botanic Garden, said the presence of mealybugs can mean there’s too much fertiliser or the plant isn’t getting enough light.

Fungus gnats are what Natoli calls “nuisance” pests. They are mostly harmless, but the bugs can damage roots. These winged insects breed in moist soil and feed on decomposing plant matter. Hemsley and Saltiel advise trapping live gnats and watering soil with tea made from bti – a naturally occurring bacterium – for mosquito control to kill larvae. To make a tea, dissolve the product in water per the package’s instructions. Yellow sticky traps, available from garden supply stores, help catch adult gnats; put them on top of the soil or in places where the gnats fly.

To avoid fungus gnats, get the best-quality soil you can find.

“If you get really cheap media, it might not be sterilised before you buy it, and it could have a whole bunch of different problems inside of it,” Saltiel said.

The presence of fungus gnats also might mean a plant is getting too much water, Natoli said. “If I’m trying to control them, I’d see if I can let the soil dry down, especially at the surface.”

Spider mites are “something that nobody ever wants, because the control for them can get difficult over time”, Lalicata said.

Look for distorted, underdeveloped new growth and more-than-normal leaf drop. White webbing that’s not as delicate as a spider’s web can indicate a heavier infestation.

Doswell treated her plants for spider mites this summer and found that “all the green was sucked out, and the leaves turned this bright yellow colour”. Palms are attractive hosts, because their leaves have many “ribs and ridges” for the mites to hide in, Natoli said.

First, isolate the plant. Remove the webbing with water from a hose with a nozzle. Assume other plants also have them, because the mites can become airborne. Look for products that target arachnids, not insects, and specifically spider mites. Lalicata recommended treating with neem oil or Captain Jack’s Deadbug Brew, a spray that contains spinosad.

Saltiel advises applying at least once a week or up to every three or four days for major infestations.

Spider mites thrive in dry air. Add moisture back into the environment with a humidifier, and try to maintain at least 48 to 50 per cent humidity in the air.

These slender insects bite leaves and cause yellow spots. Thrips particularly like the palm, philodendron, monstera and alocasia. It’s important to isolate any infected plants from others, preferably in another room.

“If one leaf is even barely touching another leaf they can still get to another leaf,” Mignon said.

To eradicate thrips, Lalicata washes her plants in the shower and treats the leaves with an insecticide or neem oil. “You want to do intervals of every three days for three times,” she said. “If you’re continuously using the same kind of treatment, pests can become resistant, so after three applications, I would switch to something else.”

At the conservatory, Natoli hoses the undersides of leaves with water to handle thrips and spider mites.

If the infestation is small enough, aphids generally won’t hurt a plant, but the small marks they leave behind after piercing plants can be an eyesore. Aphids can be challenging to get rid of, because they multiply quickly, Natoli said. They turn leaves yellow and excrete sap that can attract a black, sooty mold.

She uses her hands and water to remove them, adding that nature sometimes steps in to help: “There are a lot of beneficial insects [such as ladybugs] out in the world that love feeding on aphids that might find their way in to help address the problem.” Reducing the amount of fertiliser can help with control.

REACH OUT FOR HELP

Natoli recommended that houseplant parents consult the University of California at Davis’s Statewide Integrated Pest Management Programme, which has detailed information and treatment techniques on numerous pests that can be found in homes, nature and agricultural settings, plus a Plant Problem Diagnostic Tool.

The United States Botanic Garden has a free hotline to offer help; staff members answer questions through phone and email.

Grounded and the Sill both answer questions via email, and Grounded does complimentary Zoom calls with its customers. If you’re growing a particular plant species, Natoli suggested contacting local plant societies dedicated to that plant.

As much as it hurts, sometimes plants die. Cut a small clipping and replant it. “Save a part of it before it gets out of control, and you’ll have a nice, clean plant and can throw out the damaged one,” Saltiel said.

If a plant dies, it’s okay to be sad and regretful. “That plant has played a role in your life and has served you and you want to give back, and that is a good feeling to nurture,” Natoli said. So try again.