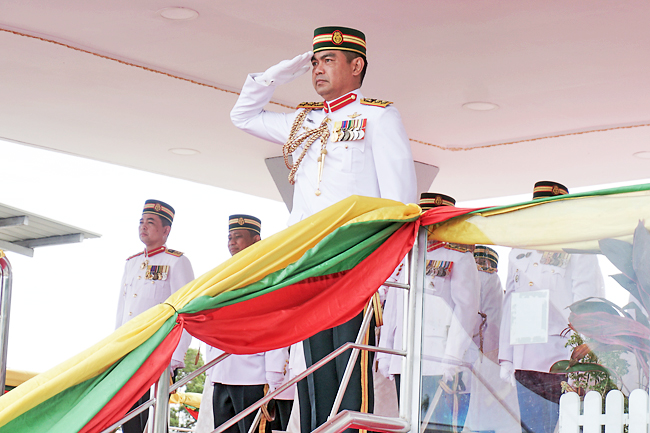 Colonel Saifulrizal delivered his inaugural speech as the 13th Commander of the RBLF where he emphasised factors that need to be taken into account by all levels in the RBLF.

He conveyed his desire for the RBLF to achieve a sustainable leadership at all levels in being authoritative and well-rounded by maintaining the quality of work, professionalism and discipline.

Secondly, the importance of prioritising RBLF’s preparedness level to uphold the sovereignty and security of the country where RBLF is an important asset in contributing towards effectiveness in its execution of tasks and missions.

The RBLF Commander called upon those entrusted to align to the Force’s Strategic Planning 2035 and Force Structure Review for RBLF in carving the direction of the RBLF in the short- and long-term. With this, emphasis is placed on the readiness of RBLF assets at an optimal level to perform any mission and operation at any time while supporting the whole-of-nation approach.

Thirdly, the RBLF should always be prepared to carry out its operations in total dedication and trust to achieve this effectiveness. Thus, the level of spiritual strength also needs to be strengthened by drawing close to Allah the Almighty, to reap the blessings as well as empower responsibilities entrusted to the RBLF.