What would it take to make a space hotel?

THE WASHINGTON POST – When I read about the Orbital Assembly Corp’s plans to begin construction on a space hotel in 2026, it didn’t occur to me to doubt that it would happen. I just imagined my first step, Neil Armstrong style, onto the jet bridge and felt my heart, legs and stomach all judder in real life. I wondered whether I would be brave enough, given the chance, to take that second step.

This is the perfect cultural moment to dangle the Kennedy-era optimism of a space hotel before a country full of jumpy shut-ins. We’re as ready to flee as Andy Dufresne tunnelling out of Shawshank State Prison, and, man, do we need an escape.

Since a three-and-a-half day stay on the Voyager Station comes with a USD5 million price tag, thinking about it is all many of us will ever do, but it’s still fun. It’s like when you put 67 things in your Etsy cart and just log off. As Debbie Harry sang, dreaming is free.

“It’s inspirational,” said hotel industry expert co-host of the podcast Checking in With Anthony and Glenn and host of the Travel Channel’s Hotel Impossible Anthony Melchiorri. “And it’s aspirational. You want to go there, you want to do that. And whether it happens or not in a couple of years, it just tells you how important travel is and how important hotels are, especially now.”

Space hotels, Melchiorri noted, are an idea that has been orbiting the industry for decades. Hilton “wanted to put a hotel on the moon back in the 1960s, so it’s something people have been thinking about and dreaming about for a long time,” he said. The idea was even promoted with mock-up keys and promotional reservation forms for the “Lunar Hilton”.

There are other space tourism projects in the works, including Virgin Galactic’s Spaceship III that is as retro-future glam as “Barbarella”, and SpaceX’s Crew Dragon capsule, with a 360-degree glass viewing dome that looks like the Pop-O-Matic from the board game Trouble. (Orbital Assembly probably will be working with SpaceX to get the hotel done.) Both are slated to carry civilians into the cosmos this year.

“Spaceship” and “capsule”, though, do not have the comfortable familiarity of “hotel”. That word makes it more desirable for those of us who are less space-savvy. It may look like a giant bike tire, but it will also have elements that we recognise, like maybe a gift shop stocked with special edition Mars and Milky Way bars or shirts that say, “My friend paid USD5 million to go to space and all I got was this lousy T-shirt.” 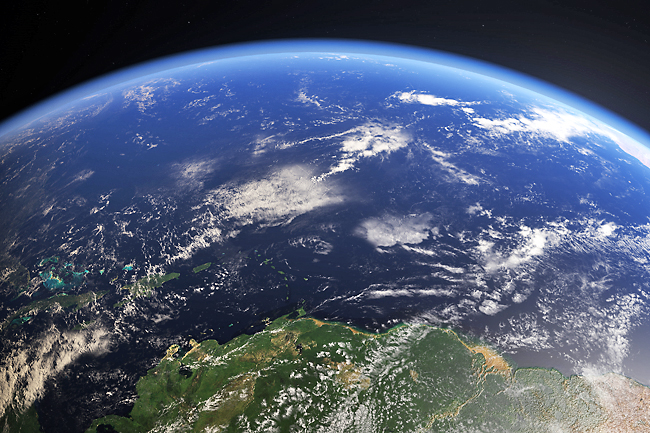 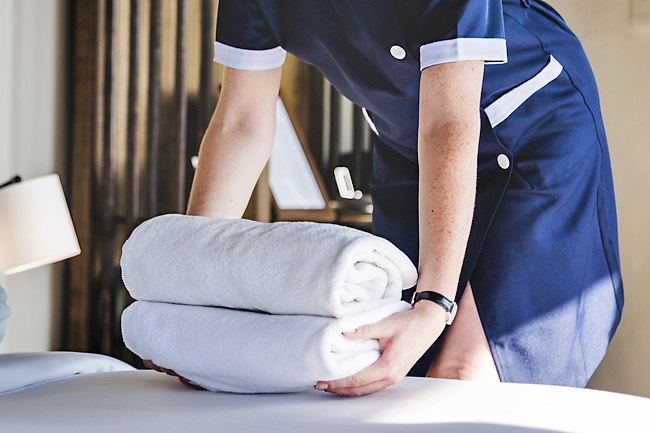 With that in mind, I asked experts on travel, hotels and real and imagined space what they would look for in a space hotel. Thankfully, none of them said “atmosphere”.

A nice view is always a plus in a hotel, and in a space hotel your view would be ever-changing. “Every 90 minutes or so you’re going to go around the Earth one whole time, but half an orbit of the hotel later, you’d be looking out at the sky,” said planetary scientist and lecturer at the University of Central Florida Richard Jerousek. “A telescope that counter-rotates to account for the hotel’s spin wouldn’t be a bad idea for close-up views of the planets and the moon,” he said.

“You could also snap some amazing pictures of nebulae and galaxies.”

One thing I have not seen listed in the Voyager Station’s promo materials is a pool, which is a pretty standard hotel feature. Jerousek cautions that the artificial lunar gravity would affect the water: Any waves would be bigger, but their speed would be slower, and our intuition about how they move would be off. Jerousek would spend an extra few days aboard to get used this kind of effect, he said, to better enjoy everything a space hotel has to offer.

There are obvious draws to a hotel in space, such as staring out the window for hours or even days and trying to grasp the fact that you have actually left the planet. You can’t get more “away from it all” than that. A leisurely spacewalk followed by a workout in an antigravity gym sounds ideal. In terms of amenities, experiencing lunar gravity, which is lighter than Earth’s, for the duration of your space hotel stay beats a complimentary robe. (The hotel’s website shows guests on a basketball court jumping so high that they’re level with the backboard.)

But travel adviser with The Honeymoonist and Largay Travel Susan Moynihan wondered about the letdown. “When I get back to Earth I’d probably feel even heavier in comparison, like some existential space-age jet lag,” she said.

While we’re on the subject of looking good, all first-wave space hotels should look like something straight out of The Jetsons, the animated TV series from the early 1960s that made us expect a future of flying cars and jet packs, or Logan’s Run, the 1976 sci-fi classic that was one glitzy dystopia. It should be as light, sleek and shiny as we thought the future was going to be back in the Acrylic Age.

It should mimic the “JFK, Pan Am building and 2001: A Space Odyssey aesthetic to a T, gleaming white everything and red shag carpeting, baby”, said Charles Martin, a frequent panelist at science fiction conventions in the United States (US) and abroad, and co-host of the tech news podcast Space Javelin.

As you might expect, former executive for Marriott and Hilton Tristan Ishtar has more practical concerns. Staffing, for starters. “Where are you going to find PhDs in astro-engineering who will work for minimum wage in the maintenance department?” he asked. “Though I suspect the entire hotel staff would be NASA-type trained astronauts.”

Science fiction writer Andy Weir, author of The Martian and Project Hail Mary, is dubious about the scale of the undertaking. Weir’s novel Artemis takes place in a human-built city on the moon, so he knows the territory, as it were.

“It would be considerably easier to build the city (on the moon) than to build this space hotel, I think,” he said.

“I write about brave people. I’m not one of them. I like to use my imagination. I like pizza. I like knowing that the atmosphere is staying here and so is gravity.”

People often ask him, he said, what he would do if he were given a free trip to space.

Melchiorri is wary as well.

For that reason, whether space hotels open in five years or 15 years, Melchiorri said, he will not be the first person to check in.

“As the project is being built by veterans of NASA, I have great confidence that once completed it will be at least as safe as your standard hotel,” Martin said. “But if I get there and the computer system is called HAL, I’m turning around and going home.”

Fair enough. Since I get jittery just looking at roller coasters, I don’t know why my mind went to space so quickly.

Still, I can’t help but imagine looking at Earth from my hotel window – seeing all the places on it I’ve never been, and thinking about how close we all are to getting to explore home again.