This was shared by Secretary-General of the WMO Petteri Taalas in a statement to mark the occasion, which takes place every March 23.

“Our changing climate is warming the ocean, having a profound effect on our weather,” he said. “The WMO’s State of the Global Climate report shows that 2020 was one of the three warmest years on record, despite La Nina cooling the Pacific Ocean. The past decade from 2011-2020 – was the warmest on record.”

He added, “Ocean heat is at record levels, ocean acidification is continuing. Sea ice is melting. The rate of sea level rise has accelerated.”

The secretary-general noted that during the past year, “we have seen prolonged droughts that extended fire seasons throughout the world. 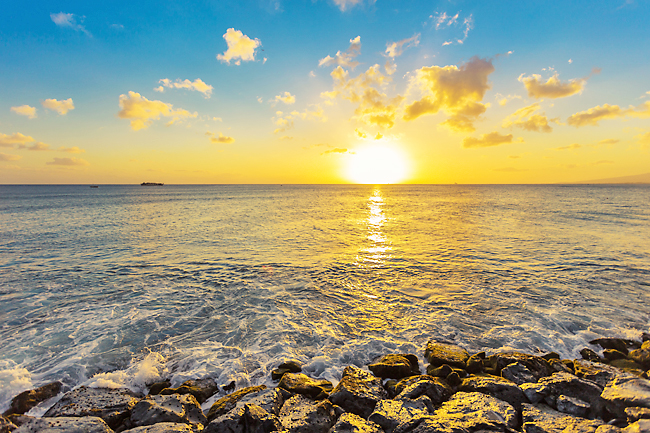 “The storm surge damage in these areas demonstrated the power of the ocean and its devastating impact on coastal communities. Non-tropical ocean storms continued to wreak havoc aboard ships, with additional losses of life and cargo at sea.

“In 2020, the annual Arctic sea ice minimum was among the lowest on record. Polar communities suffered abnormal coastal flooding, and sea ice hazards as a result of melting ice.

“In view of this, the WMO community has a major stake in supporting research, observations, predictions, and services for the ocean as much for as the atmosphere, land, and cryosphere”.

He also underlined the major gaps in data over the ocean hinder “our ability to accurately forecast weather at extended time scales and, more so, sub-seasonal to seasonal”.

The WMO Data Conference in November 2020 recognised major gaps in data, particularly over the ocean. It highlighted the need for free and open access to Earth system data, to maximise the overall economic impact of these data.

WMO has a large number of partnerships, including with the UNESCO’s Intergovernmental Oceanographic Commission, to better understand, observe, and predict the ocean as part of the Earth System. With more than 40 per cent of the global population living within 100 kilometres of the coast, there is an urgent need to keep communities safe from the impacts of coastal hazards.

The secretary-general also said that his organisation and its members have taken up the work to support coastal management and resilience and strengthen Multi Hazard Early Warning Systems.

Nearly 90 per cent of world trade is carried across the sea and is exposed to the dangers of extreme maritime weather. WMO partners with the International Maritime Organization and the International Hydrographic Organisation to provide standardised information, forecasts and warnings to ensure the safety of life and property at sea.

“The coming decade will be a critical one for addressing ways to adapt and mitigate to climate change impacts,” he said, while also assuring that the organisation is aiding the effort, as a designated Nominator for the Earth Shot Prize (2021 to 2030), to seek solutions for urgent environmental challenges, including the ocean and climate.

This year is also important for the WMO to mark the start of the United Nations Decade of Ocean Science for Sustainable Development (2021-2030).

“WMO is committed to contributing with much of its work integral for the ‘safe ocean’, ‘predicted ocean’ and ‘transparent ocean’ goals of the decade. Together with partners, WMO is striving to strengthen the Earth System Science to services. To understand our weather and climate, we must understand our ocean. We will continue working towards this, to protect vulnerable communities and in support of the Sendai Framework for disaster risk reduction, the United Nations Sustainable Development Goals (SDGs), the Paris Climate Change Agreement, and SAMOA Pathway,” said the secretary-general.

He shared that the WMO is leading several important global initiatives during the coming year to address priorities of members.

“We are also creating a water and climate coalition for accelerating action on SDG 6, which is related to water,” he said.

“And we would like to ensure enhance the multi hazard early warning system and services of all our member countries,” added the secretary-general.