MANILA (Philippine Daily Inquirer/ANN) – A total of 13,572 tonnes of volcanic sulphur dioxide was emitted from the main crater of Taal Volcano in Batangas, causing volcanic smog or “vog” over the Taal Caldera, the Philippine Institute of Volcanology and Seismology (Phivolcs) said yesterday.

Phivolcs director and Department of Science and Technology Undersecretary Renato Solidum noted that the vog thickened from 9am to 2pm on Thursday.

“Vog over the Taal Caldera on Thursday was observed to thicken between 9am to 2pm, while sulphurous stench was reported by residents of Banyaga, Agoncillo; Poblacion 5, Boso-boso, and Gulod, Laurel; and Poblacion, Talisay, Batangas,” he told INQUIRER.net in a message yesterday.

A caldera is defined as a cauldron-like hallow that forms after a volcanic eruption.

Aside from sulphur dioxide flux, degassing activity has likewise intensified, according to Solidum. 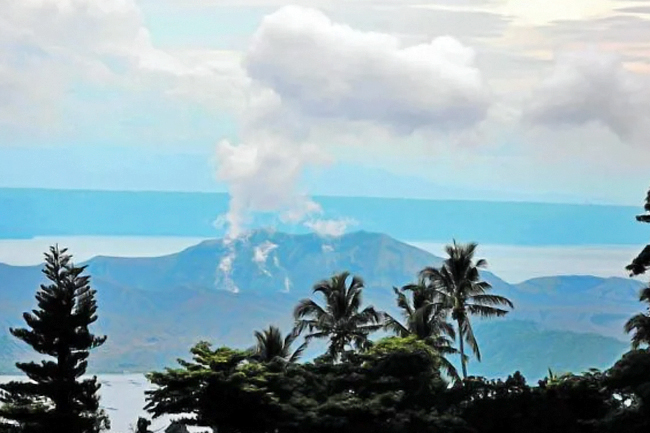