RICHMOND, AUSTRALIA (AP) – Hundreds of homes have been inundated in and around Australia’s largest city in a flood emergency that was causing trouble for 50,000 people, officials said yesterday.

Days of torrential rain have caused dams to overflow and waterways to break their banks, bringing a fourth flood emergency in 16 months to parts of the city of five million people.

Evacuation orders and warnings to prepare to abandon homes were given to 50,000 people, up from 32,000 on Monday, New South Wales Premier Dominic Perrottet said.

“This event is far from over. Please don’t be complacent, wherever you are. Please be careful when you’re driving on our roads. There is still substantial risk for flash flooding across our state,” Perrottet said.

Emergency Services Minister Steph Cooke credited the skill and commitment of rescue crews for preventing any death or serious injury by the fourth day of the flooding emergency.

Parts of southern Sydney had been lashed by more than 20 centimetres) of rain in 24 hours, more than 17 per cent of the city’s annual average, Bureau of Meteorology meteorologist Jonathan How said. 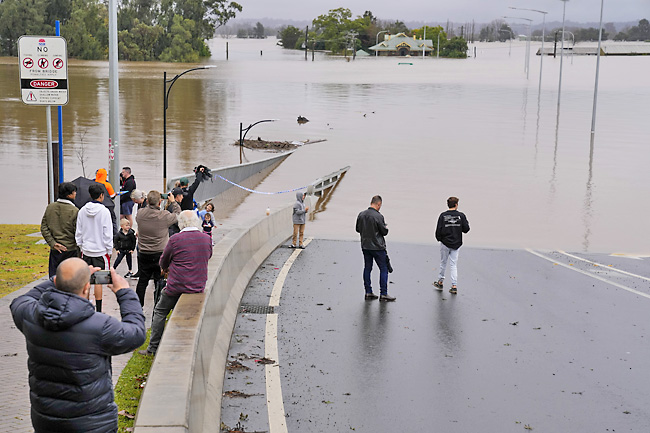