Chief Syar’ie Judge Pehin Orang Kaya Paduka Seri Utama Dato Paduka Seri Setia Ustaz Haji Salim bin Haji Besar encouraged a moderate wedding setting after the positive feedback from the public who got married during the COVID-19 outbreak with the Syariah Court offering to conduct the ceremony intimately at its premises during the early days of the epidemic’s outbreak.

The chief Syar’ie judge said this at the Syariah Court Annual Assembly for 1442 Hijrah/2021 yesterday.

He cited the tradition of Prophet Muhammad (pbuh) where a moderate wedding ceremony is encouraged, and if followed, will ease financial difficulties, especially during a pandemic.

Pehin Orang Kaya Paduka Seri Utama Dato Paduka Seri Setia Ustaz Haji Salim shared the encouraging number of marriages at 1,413 between April and August 2020, compared to 846 within the same period in 2019, while 1,044 solemnisations were conducted at the Syariah Court between March and September 2020.

The Syariah Court Annual Assembly was attended by Syariah Court members, who were greeted with an opening address from Syariah Appeal Court’s Chief Registrar Haji Muhammad Bahrin bin Haji Alias, during which he shared about the developments of the Syariah Court in the past year.

The chief Syar’ie judge presented certificates of appreciation to officers and staff of the Syariah Court pursuing a career outside of the court, Service Excellence Awards to staff for 2020 and Special Appreciation Award to Dayangku Nurqistina binti Pengiran Hasanan. 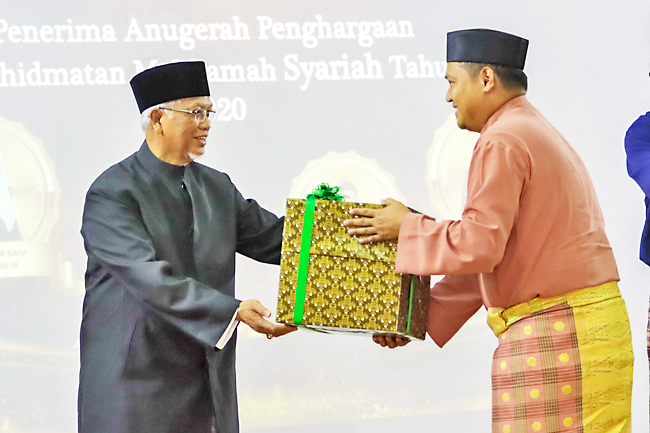 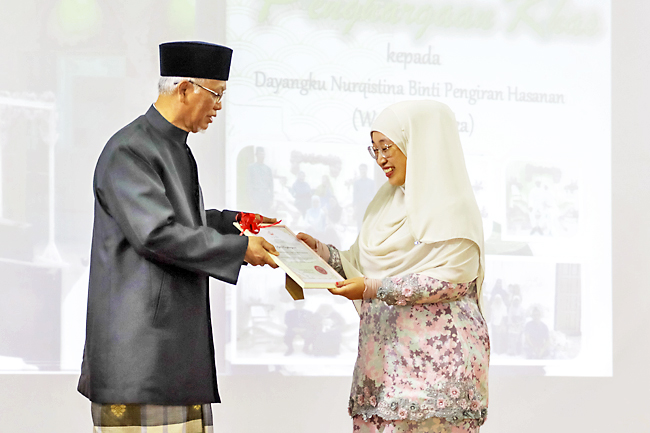 Wedding Loka Director Dayangku Nurqistina set up a wedding dais free of charge at the Syariah Court for couples getting married during the epidemic.

Speaking on the Syariah Court’s developments until 2020, the chief Syar’ie judge said the court’s findings in the established Chapter 217 of the Islamic Family Law, provides solutions to problems involving alimony.

The chief Syar’ie judge also reminded Syar’ie practitioners to be diligent and selfless in a whole-of-nation approach to achieving Brunei Vision 2035.

“Soon, the Syariah Court will publish its annual report to include achievements, developments and activities as well as statistics from 2018 to 2020,” said the Syariah Appeal Court chief registrar.

He also said Syariah Court officers have developed their knowledge and skills aided by the Internet.

“The Syariah Court has also undertaken a practice direction from a ruling by the chief Syar’ie judge for cases to be completed, and the duration of proceedings within 180 days (six months), provided the adherence of procedures and proceedings run smooth,” the Syariah Appeal Court chief registrar added.

The Syariah Appeals Court chief registrar said the court completed 60 per cent of the cases in 2020, all within six months.