MELBOURNE (AFP) – Top seed Iga Swiatek and a tearful Coco Gauff both crashed out in straight sets in the last 16 yesterday on another day of shocks at the Australian Open.

Swiatek’s defeat to Elena Rybakina makes it the first Grand Slam in the Open era – since 1968 – to lose the top two seeds in the men’s and women’s draws before the quarter-finals.

There was no such trouble for Jessica Pegula, however, the American third seed surging into the last eight with a 7-5, 6-2 win over former French Open champion Barbora Krejcikova.

Wimbledon champion Rybakina swept past the 2022 French and US Open winner Swiatek 6-4, 6-4 in one hour and 29 minutes at a stunned Rod Laver Arena in Melbourne.

Moscow-born Kazakh Rybakina, seeded 22, moves on to a last-eight encounter with Jelena Ostapenko.

The 18-year-old Gauff broke down in tears during an emotional post-match press conference. 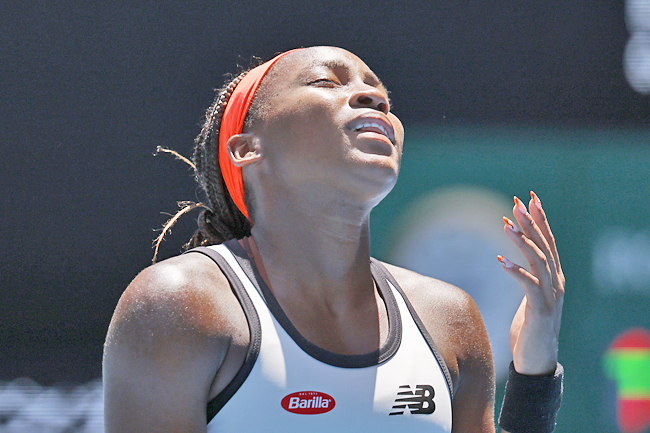