HALFETI (AFP) – To the naked eye, the delicate velvet roses in southeastern Turkey appear black and overwhelm the senses with their irresistible sweet smell.

The rosebuds are just as dark, and when fully developed, the flower takes on the intensely rich red colour.

These black roses, known as Karagul in Turkish and thornier than others, can only grow in the town of Halfeti with soil that has distinctive features including a special PH level.

Now Halfeti’s residents want to transform the rose into a brand since Turkey’s it is a blooming business.

The industry is currently dominated by the western province of Isparta, known as Turkey’s “rose garden”. 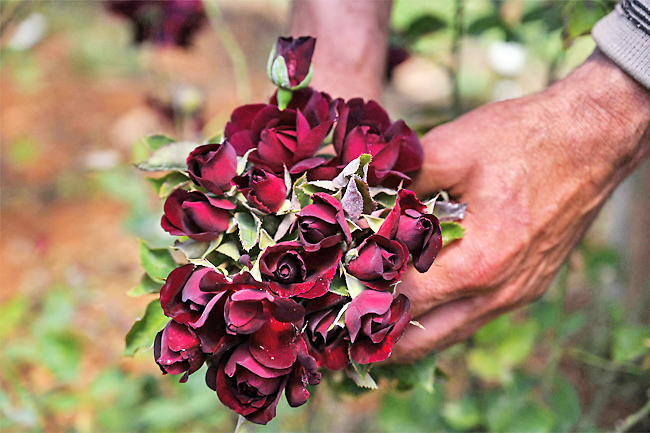 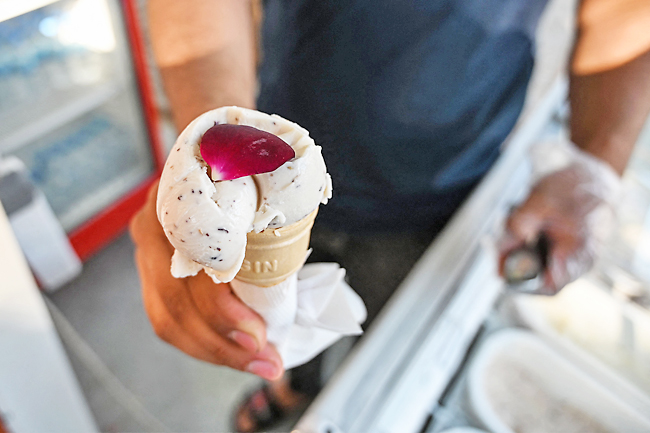 Today, Turkey and Bulgaria make up around 80 per cent of the world’s rose oil production.

But Halfeti resident Devrim Tutus, 28, has already seen business flourish. After coming up with a business plan to promote the black roses, he now supplies Istanbul with petals for colognes, Turkish delight and ice cream.

That doesn’t stop Tutus who already has his next plan: fermented Karagul drink.

“There’s a huge market out there in Istanbul. It’s all about Isparta roses. Why not the same here?” he said.

The black rose’s fortunes were not always so sweet.

It once aroused only indifference among residents, said a local official in charge of preserving the roses.

“They were everywhere in the gardens but nobody paid attention to them,” said his friend who only gave his name as Bulent.

“Locals had no idea the roses were unique. We transported some to higher ground and started production in greenhouses,” said the official, who did not wish to be named.

In upper Halfeti, one greenhouse operated by the town’s agriculture department is home to 1,000 roses.

But the town’s residents rallied to rescue the rose after a dam on the Euphrates River flooded the region in the early 2000s, threatening to bury the flower like dozens of archaeological sites from ancient Mesopotamia.

The construction of the Birecik dam in 2000 was part of a series of controversial development projects in southeast Turkey.

Today, 20 variants of black roses have been identified worldwide – including 16 in Turkey, said botanist Ali Ikinci.

“Karagul is not an endemic species in Halfeti,” Ikinci, a professor at Harran University in Sanliurfa province, said. “But the particular ecology, climate and soil cause it to bloom darker there. If you plant that rose somewhere else, it won’t be as dark or black.”

The colour of the rose darkens, becoming more black and the scent is stronger as one moves from Sanliurfa – where Halfeti is – towards Syria, which is 60 kilometres to the south, Ikinci said.

The Halfeti official explained the rose blossoms on higher ground because the soil close to the dam is more acidic because of the Euphrates’ waters.

Ikinci believes the origins of Karagul could be the “Louis XIV” black rose, grown in France in 1859 and named after the French king.