Russian President Vladimir Putin on Friday accused the West of sabotaging Russia-built natural gas pipelines under the Baltic Sea to Germany, a charge denied by the United States and its allies.

Last week, undersea blasts damaged the pipelines off southern Sweden and Denmark and have led to huge methane leaks, with the Danish and Swedish governments saying that several hundred pounds of explosives was involved.

Spokesman for the Swedish navy Captain Jimmie Adamsson told The Associated Press the vessel – a submarine rescue ship – had been sent to at the position of the leaks off Sweden and was supporting the Swedish coast guard, which is in charge of the work.

It was unclear when anyone would be able to go down, either divers or a submarine. 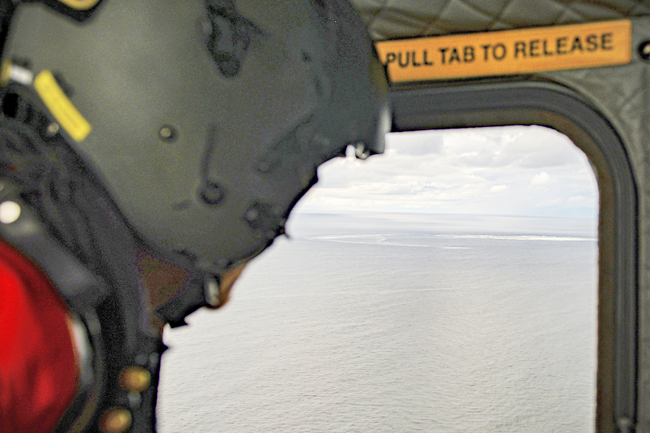 The coast guard said that it was on site with one of its vessels too, Amfritrite, to monitor sea traffic in the area. It added that bad weather is expected, which will complicate the conditions on site.

Over the weekend, authorities in Denmark said that Nord Stream 1 and 2 natural gas pipelines had stopped leaking.

However, the Swedish coast guard said one of its planes had reported that the smaller leak over Nord Stream 2 “has instead increased somewhat again”, was about 30 metres in diameter and it may take “some time” before it stops. The other one, over Nord Stream 1, has stopped, it said.

The coast guard added that its vessel, KBV 003 Amfitrite, was still off Sweden and its task was to monitor the situation and sea traffic in the area.

Danish authorities were monitoring the two leaks east of the Danish Baltic Sea island of Bornholm – above Nord Stream 1 and Nord Stream 2 – with the frigate Absalon and the environmental ship Gunnar Thorson. The Danish air force was contributing to the mission with a helicopter.

Sweden’s prosecuting authority and the Swedish Security Services are heading an investigation, while Copenhagen police were in charge of an inquiry in Denmark.

Denmark said the investigation was being carried out in close cooperation with relevant authorities, including the National Police, the Danish Police Intelligence Service and energy authorities.