TOKYO (AP) – Japanese prosecutors are expected to formally charge the suspect in the assassination of former Prime Minister Shinzo Abe with murder, his lawyer said.

Tetsuya Yamagami (AP, pic below) was arrested immediately after allegedly shooting Abe with a handmade gun as the former leader was making a campaign speech in July outside a train station in Nara in western Japan. Later that month, Yamagami was sent to an Osaka detention centre and given a five-month mental evaluation, which ended on Tuesday.

Yamagami is now back in police custody in Nara after reportedly being deemed fit to stand trial.

One of his lawyers, Masaaki Furukawa, told the Associated Press yesterday he expects prosecutors to charge Yamagami with murder and gun control law violations.

Given the complexity of the case, it will take months before his trial begins, he said.

Furukawa said he and two other lawyers took turns visiting Yamagami at the detention centre every 10-12 days, in between his examination by psychiatric experts. His visitors were limited to his lawyers and sister, he said. 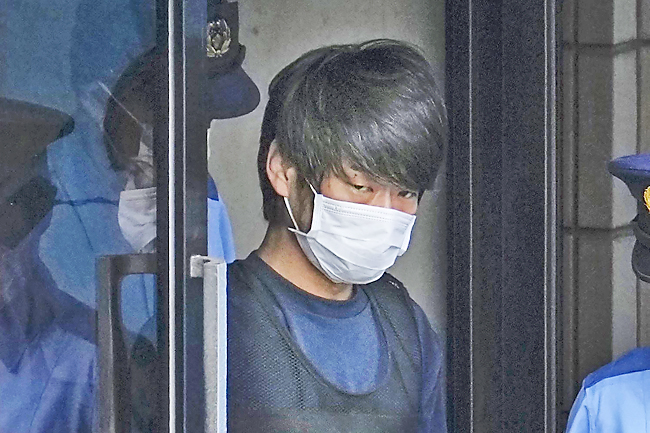 Furukawa said Yamagami was in good health at the detention centre. He said he could not disclose the details of their conversations before seeing what evidence prosecutors submit to the court in their indictment.

Police said Yamagami told them he killed Abe, one of Japan’s most influential and divisive politicians, because of Abe’s apparent links to a religious group that he hated.

In his statements and in social media postings attributed to him, Yamagami said he developed a grudge because his mother made massive donations to the Unification Church which bankrupted his family and ruined his life.

Some Japanese expressed sympathy for Yamagami.

Thousands of people signed a petition requesting leniency for Yamagami, and others sent care packages to his relatives or the detention centre.

The investigation into the case led to revelations of years of cozy ties between Abe’s governing Liberal Democratic Party and the church since Abe’s grandfather, former Prime Minister Nobusuke Kishi, helped the church take root in Japan in the 1960s over shared interests in conservative and anti-communist causes.

Current Prime Minister Fumio Kishida’s popularity plunged over his handling of the controversy and for insisting on holding a rare, controversial state funeral for Abe.