THE JAPAN NEWS-YOMIURI – When viewed from the right angle, the betabumi-zaka ramp for the Eshima Ohashi Bridge looks like it’s shooting straight up into the sky.

Betabumi-zaka means ‘a pedal-to-the-metal slope’ in Japanese and the renowned insane-looking bridge connects Sakaiminato in Tottori Prefecture and Matsue in Shimane Prefecture.

Matsue is my hometown and my family and I had crossed the bridge once before with my father behind the wheel. But I decided to cross the bridge with myself in the driver’s seat, so I rented a car and set off from Matsue Station to the bridge that looks like a roller coaster for cars.

I chose an approximately 30-minute route that wound through Daikon and Eshima islands on brackish Lake Nakaumi. I rolled down the windows a bit and a pleasant mid-March spring breeze accompanied me as I drove clockwise around the perimetre of Daikon Island until I found a spot where I could see the bridge almost head-on across the lake.

I got out of the car, pulled out my camera and scrutinised the bridge through the viewfinder – the distant ramp looked like a vertical wall.

I got back in the car, drove across Eshima Island, turned at an intersection and stopped near the 1.4 -kilometre-long bridge. Up close I could indeed see a somewhat impressive incline, but it was a far cry from the bulwark that I had observed only moments before on Daikon Island.

As I drove up the ramp, I could feel the car moving up a slope of sorts, but I was able to keep my rental moving forward without having to stomp on the gas pedal. I crested the bridge in what felt like the blink of an eye and then smoothly coasted down into Sakaiminato.

It turned out that to cross the ballyhooed Betabumi-zaka ramp, a driver needed only to pump the gas pedal gently.

I returned to the Matsue side and noticed a few people had gathered to look at the bridge.

Rieko Kimura, 55, a company employee from Toyonaka, Osaka Prefecture, who was travelling with a friend by car, said she wanted to check out the bridge after she saw a picture on the Internet.

“I was sceptical about the extremity of the incline,” she said. “But seeing that (the slope was not that steep) is kind of a letdown.”

The bridge became a national legend when it was featured in a TV advertisement from the end of 2013.

People soon after started flocking to the area, which prompted a temporary parking lot to be set up nearby.

“We still get inquiries about shooting locations, and it seems to have piqued people’s curiosity,” said a representative of the Sakai Port Authority, which manages the bridge.

The optical illusion of making the Eshima Ohashi Bridge ramp look like a surreal tower in photos is done by putting distance between the bridge and the camera and using a telephoto lens.

The Matsue side of the bridge can be seen from Daikon Island, as there are no objects obstructing it, which makes it an easier area to find a good vantage point. And the further away the photographer is from the bridge, the steeper the slope can appear in their photographs.

With a modest gradient of 6.1 per cent, the slope in actuality is nowhere near as steep as it is in the famous perspective-jarring photographs.

I searched the Internet and found betabumi-zaka in Tokyo and Osaka as well. However, there are many tall structures in such cities, which makes such slopes difficult to photograph from a distance.

The bridge’s height adds another element as to why the slope can look so bewilderingly impressive. The bridge was constructed with an apex of 44.7 metres, so that large ships can pass underneath and, for example, enter Matsue Port.

After the bridge’s completion in 2004, it replaced the Nakaura Watergate, which was used for land reclamation and desalinating brackish Lake Nakaumi. The top of the watergate was used as a road and as it was equipped with a drawbridge to let ships pass through, traffic had to be stopped every time the drawbridge was up.

Furthermore, vehicles over 14 tonnes were not allowed on the bridge and this led to the occasional inconveniencing of passengers on large tourist buses who were sometimes asked to disembark and walk across the bridge.

“That bridge sometimes made me late when it was up,” said Tatsuya Abe, 54, a civil servant, who used to ride his bicycle to school in Sakaiminato from his home on Daikon Island. “But it’s really convenient now.”

The Eshima Ohashi Bridge has connected two cities and made it much more convenient for people to come and go. It would be fair to say that it has bridged the gap between the Sanin region with the rest of Japan.

I heard that the view from the bridge’s apex is well worth a gander. Next time, I’ll stroll across the not-so-steep slope that is famously framed as being just way too steep. 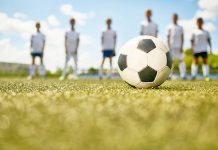 Kicking off after a long hiatus 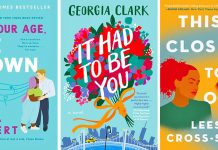 A bower of uplifting delights in trying times 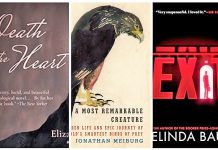 Update your playlist with these great new audiobooks