AP – The Super League project that aims to revolutionise European football has hired a new top executive to steer a revived plan after a failed launch last year.

German former television boss Bernd Reichart is the new CEO of A22 Sports Management, the Madrid-based company said yesterday. A22 worked with 12 clubs from three countries in a bid to launch the breakaway league in April 2021.

Reichart’s hiring comes as A22 and Super League holdouts Real Madrid, Barcelona and Juventus await a European Court of Justice ruling in their challenge to the alleged monopoly control they say UEFA has over international competitions.

A revamped Super League plan – likely involving more clubs from more countries in a multi-tier competition with promotion and relegation – is expected regardless of the Luxembourg court’s final ruling next year.

“His initial focus will be to initiate an active and extended dialogue with a comprehensive group of football stakeholders including clubs, players, coaches, fans, media and policy makers,” A22 said of Reichart’s role.

Reichart worked in commercial rights in the sports industry with the Sportfive agency and was CEO of German commercial broadcaster RTL from 2019 through 2021, his new employer said. 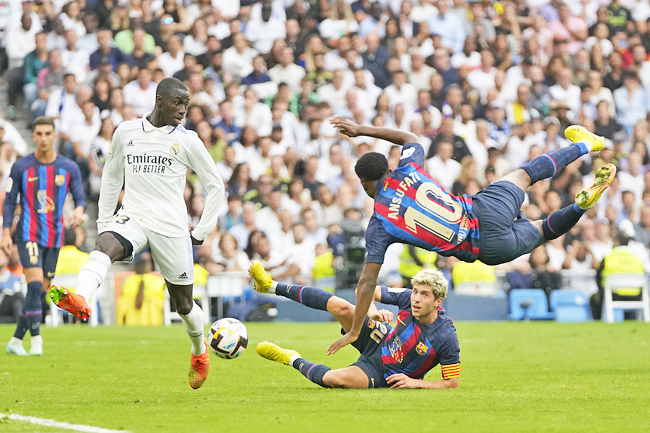 The Super League was first planned as a 20-team breakaway with 15 founding members given protected places and guaranteed extra income.

It launched despite failing to persuade German powers Bayern Munich and Borussia Dortmund to sign up, nor influential Paris Saint-Germain whose Qatari ownership has close ties to UEFA.

The project, which only involved clubs from England, Italy and Spain, collapsed within 48 hours amid a fierce backlash from UEFA, plus fans and lawmakers in England where clubs that were key to its success pulled out.

The Super League was perceived then as an elitist power grab that would deny or limit chances for teams in other countries to join.

Reichart said in a statement he supported the presidents of Madrid, Barcelona and Juventus.

“I believe they are asking the right questions and am personally keen to listen to many diverse voices so that the European football community can jointly find the right answers,” he said.

Barcelona and Juventus risk failing to reach the knockout rounds this season and have reported record losses since the COVID-19 pandemic.

The court in Luxembourg set a December 15 target to give a non-binding opinion on the Super League case.