The Basic Parachute Course 1317 for members of the British Armed Forces is conducted by the Parachute Training Squadron of the Airborne Delivery Wing, based at RAF Brize Norton. The course is based on a written and practical assessment before any live parachuting takes place.

Upon successful completion of the training, trainees are presented with their ‘wings’ by the Parachute Training School and return to their respective units as qualified parachutists; and are able to wear the Parachute Badge with Wings insignia on their military uniform. 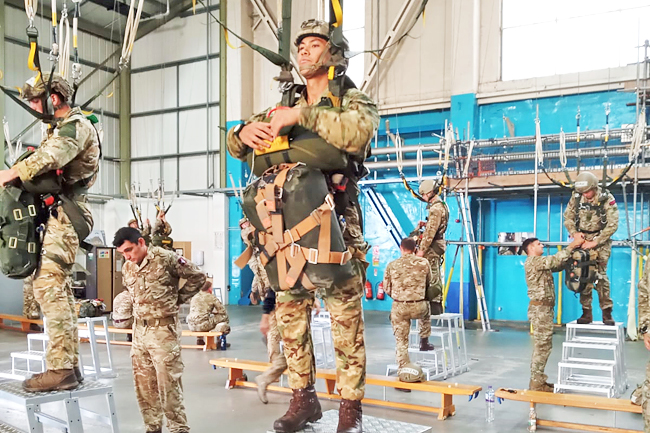