The monarch and the defence minister then inspected the guard of honour that was mounted by members of the RSAF.

His Majesty was briefed on developments under the RSAF as well as the modernisation of its assets such as the H225M Medium Lift helicopter. The monarch later boarded the H225M helicopter, a modern multi-role helicopter that meets operational demands of the RSAF for operations such as search and rescue; aeromedical evacuation; and humanitarian assistance and disaster relief operations.

At the end of the visit, His Majesty was briefed on the Aster 30 missile system, an air defence operation which has been integrated into RSAF’s Island Air Defence System.

During the meeting, His Majesty and the prime minister, among other matters, reaffirmed the long-standing bilateral relations between Brunei and Singapore as well as cooperation between the two countries through the signing of four memoranda of understanding (MoUs) in the fields of civil service, education, green economy and food security.

The two leaders also explored new opportunities for cooperation between the countries during the meeting held at the St Regis Hotel in Singapore. 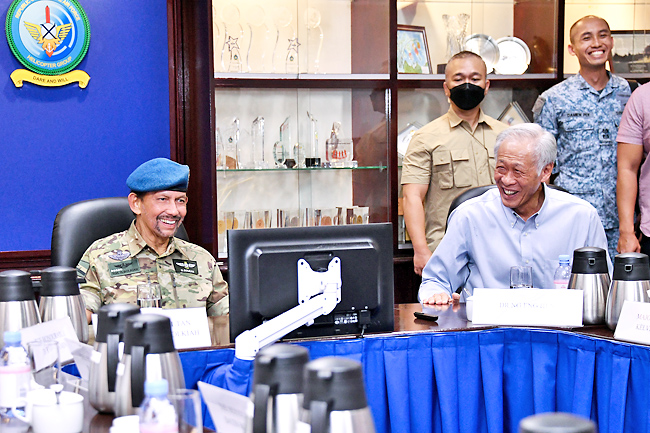 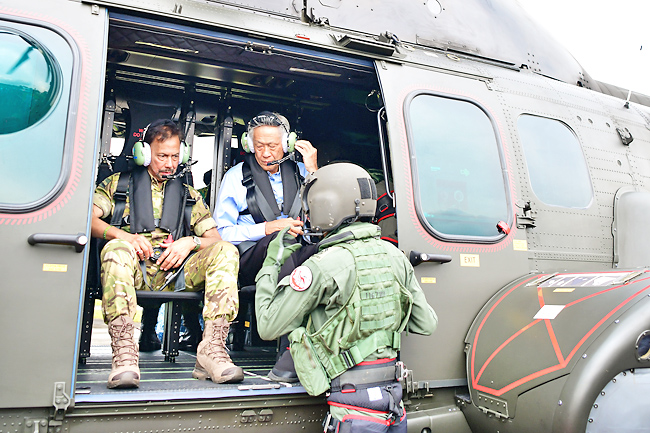 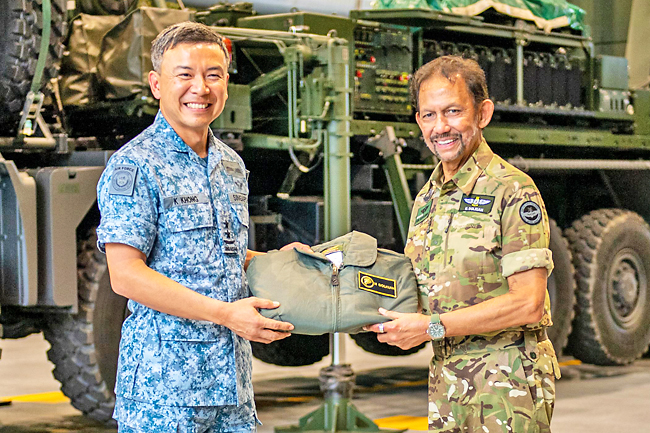