His Majesty first attended the 25th ASEAN-Japan Summit, where the monarch noted that ASEAN and Japan share a deep and unique strategic and mutually beneficial relationship.

With 2023 marking the 50th anniversary of ASEAN-Japan dialogue relations, His Majesty said ASEAN and Japan need to chart the way for future partnership to bring further prosperity to the people and region. 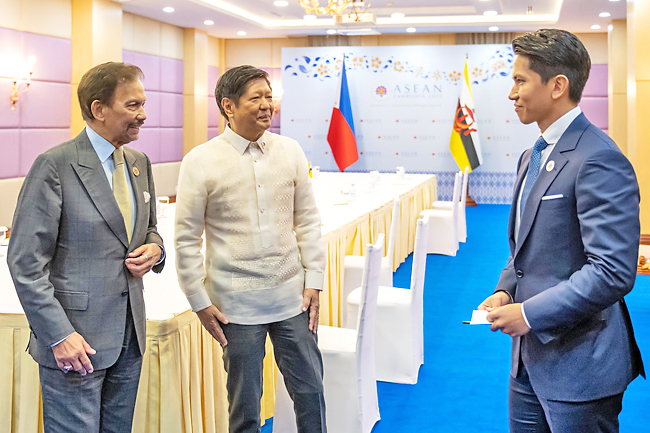 His Majesty called on the need to work together to address climate change by continuing to implement the initiatives under the ASEAN-Japan Climate Change Action Agenda. In this regard, His Majesty encouraged Japan’s support for the establishment of the ASEAN Centre for Climate Change in Brunei Darussalam. His Majesty also underlined the importance of the ageing society issue and recognised the shared responsibility to provide them with the necessary support.

His Majesty believes there is much benefit to society as a whole if the elderly can lead healthy and productive lifestyles as envisioned by the ASEAN Comprehensive Framework on Care Economy. His Majesty said ASEAN can learn much from Japan, particularly on policies being applied and adopting mindsets that lead to active ageing to ensure the continued happiness and harmony of societies and peoples.

Meanwhile, Japanese Prime Minister Fumio Kishida said Japan is prepared to work with ASEAN towards peace and prosperity of the region through efforts towards post-COVID-19 economic recovery and the maintenance of a free and open international order.

Thai Prime Minister Prayut Chan-o-cha as country coordinator for ASEAN-Japan dialogue relations then delivered the ASEAN Common Statement, which noted that ASEAN sees opportunities in strengthening public health resilience and economic partnership with Japan through the establishment of the ASEAN Centre for Public Health Emergencies and Emerging Diseases (ACPHEED) and investment to fortify global supply chains.

The leaders also agreed that ASEAN-Japan collaboration should be enhanced given the similar aspirations for the Indo-Pacific region, through the ASEAN Outlook on the Indo-Pacific and Japan’s Free and Open Indo-Pacific. They also called for the strengthening of cooperation in green economy, mitigating impacts of climate change and disaster risk management.

Following the 25th ASEAN-Japan Summit, His Majesty held a bilateral meeting with Philippine President Ferdinand Romualdez Marcos Jr, during which His Majesty and the Philippine president discussed matters of mutual importance to strengthen long-standing relations between the two countries.

His Majesty also congratulated Ferdinand Romualdez Marcos Jr on his appointment as the president of the Philippines on June 30, 2022.