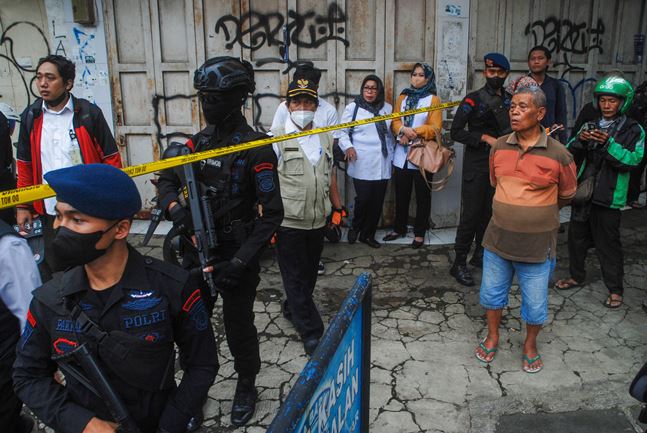 Bandung, Indonesia (AFP) – A suicide bomber killed a police officer and wounded 10 others in an attack on a police station in Indonesia’s West Java province on Wednesday, police said.

Police have not yet determined a motive for the attack but Indonesia, the world’s biggest Muslim-majority nation, has long struggled with extremist militancy.

The blast occurred at about 8am local time during roll call at the Astana Anyar police office in Bandung, the capital of Indonesia’s most populous province.