ANN/INQUIRER – Over a few decades, various climatic hazards triggered by the continuing emission of greenhouse gases (GHG) have worsened more than 100 infectious and other diseases as well as weakened capacities to cope with these.

In the study “Over half of known human pathogenic diseases can be aggravated by climate change”, data scientist at the University of Hawaii at Mānoa Camilo Mora and his colleagues examined how climate change could affect various diseases.

“The combination of numerous climatic hazards by the numerous pathogens reveals the potentially large number of interactions in which climatic hazards could aggravate human pathogenic diseases,” the scientists said.

Mora and his colleagues examined over 77,000 research papers, reports, and books for records of infectious diseases connected to climatic hazards that had been made worse by GHGs. They discovered that over half of the infectious diseases known to have made people ill had been aggravated by climate change.

The study also explained how certain climatic hazards could serve as a bridge to bring pathogens and people close together. 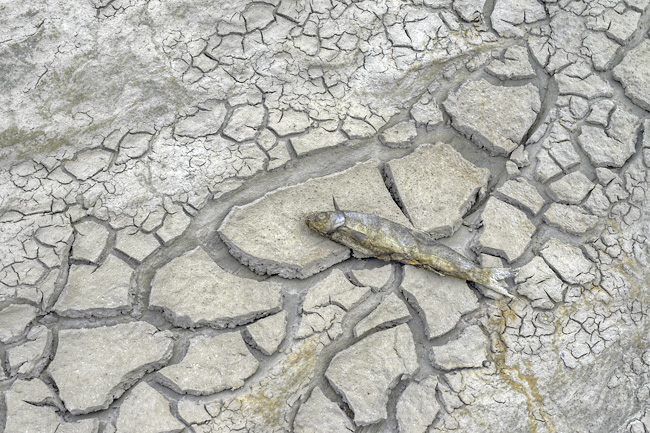 In this article, INQUIRER.net details the rest of the findings from the research, which includes how climate change could influence the deadliness of pathogens and how it could weaken humanity’s coping capability. Climate change, however, is also helping some diseases grow weak.

The scientists discovered that various climatic hazards have direct impacts on some aspects of pathogens (bacteria, viruses, and other microorganisms that cause diseases) aside from bringing diseases and people closer.

This can happen through a rise in reproduction and acceleration in life cycles of pathogens driven by climate change. It can also bring about longer seasons for pathogens to be active and have extended lives, while incubation periods – the time it takes for diseases to show symptoms – are cut short. Virulence, or the deadliness of pathogens, also increases.

West Nile virus, according to the United States (US) Centers for Disease Control and Prevention (CDC), is the leading cause of mosquito-borne disease in the US. The virus is most commonly spread to people through the bite of an infected mosquito.

An example of a climate change-driven rise in pathogens’ ability to cause severe illness or virulence, is heat waves, which the study said serve as “natural selective pressure towards ‘heat-resistant’ viruses”.

When this happens, viruses are able to win over the human body’s main defence – fever – and become more virulent.

Mora and his colleagues also found that climatic hazards can debilitate a person’s capacity to cope with pathogens by altering the body’s condition through: adding stress from exposure to hazardous conditions; forcing people into unsafe conditions; and damaging infrastructure, forcing exposure to pathogens or reducing access to medical care.

For instance, the broad effects of climatic hazards on land and marine food supply, paired with the reduced concentration of nutrients in crops through high carbon dioxide (CO2) levels, can directly cause malnutrition – weakening immune response to diseases.

This can lead to an increased risk of food-deprived populations to disease outbreaks, such as measles and cholera.

Climate change due to the emission of GHGs was also linked to reduced resistance to various diseases among humans.

“For instance, failure of the human immune system to adjust to large changes in temperature was suggested as a likely mechanism to explain outbreaks of influenza,” the scientists said.

“Likewise, stress, via changes in cortisol and down-regulation of inflammatory response, can reduce the body’s capacity to cope with diseases,” they added.

Mora and his colleagues also noted that “exposure to life-threatening conditions such as floods and hurricanes, extraneous conditions during heat waves and depression from lost livelihood due to drought are a few examples in which climatic hazards are inducive to stress and cortisol variations and a likely mechanism by which climatic hazards reduce the body’s capacity to deal with pathogens”.

Climatic hazards have also forced people into unsafe situations, which lead to an increase in the risk of disease outbreaks.

For example, drought and reduced water supply force people to consume unsafe drinking water – which then causes outbreaks of diarrhoea, cholera, and dysentery. It also causes poor sanitation, which is liked to lead to certain diseases such as chlamydia, cholera, conjunctivitis, diarrhoea, dysentery, salmonella, scabies, and typhoid fever.

“By reducing access to medical health, basic supplies or reducing income, these hazards were associated with outbreaks of gonorrhoea and other venereal diseases,” it added.

While climatic hazards were found to exacerbate hundreds of infectious diseases and non-transmissible conditions, it also caused some of the diseases to be diminished.

“Warming, for instance, appears to have reduced the spread of viral diseases probably related to unsuitable conditions for the virus or because of a stronger immune system in warmer conditions (for example, influenza, SARS, COVID-19, rotaviral and noroviral enteritis),” Mora and his colleagues wrote.

However, they noted that most diseases that were diminished by at least one hazard were at times aggravated by another, and sometimes even the same hazard.

“For instance, in some cases, schistosomiasis infections were reduced by floods, limiting habitat suitability of the snail host. However, in other cases, floods increased human exposure and broadened the dispersal of the host,” the study stated.