A ceremony to distribute miniature table flags ceremony and the glorification of the national flag programme for primary and secondary schools, colleges, Arabic and religious schools were held across the country yesterday, in efforts to instil patriotism among students.

The ceremony was aimed at enlivening the upcoming 37th National Day celebration.

In the Brunei-Muara District, the ceremony was held at Pengiran Anak Puteri Muta-Wakkilah Hayatul Bolkiah Religious School in Serusop. Acting Director of Islamic Studies at the Department of Islamic Studies of the Ministry of Religious Affairs Haji Shamshol bin Haji Omar was the guest of honour.

In the Tutong District, the event was conducted at the Raja Isteri Pengiran Anak Saleha Secondary School. The ceremony commenced with the singing of national anthem, Allah Peliharakan Sultan, and followed by the recitation of Surah Al-Fatihah and Doa Selamat led by Mohammad Emmy Rasmin bin Akop.

It proceeded with Acting Director General of Education of the Ministry of Education (MoE) Dr Hazri bin Haji Kifle distributing miniature table flags to the students.

The event commenced with the singing of the national anthem and patriotic song. The ceremony continued with the presentation of miniature flags to class representatives who distributed them to the students.

In the Temburong District, the ceremony was held at Sultan Hassan Secondary School, Bangar with Acting Senior Special Duties Officer, Department of Schools at the MoE Nor Asurah binti Haji Meluddin as the guest of honour. 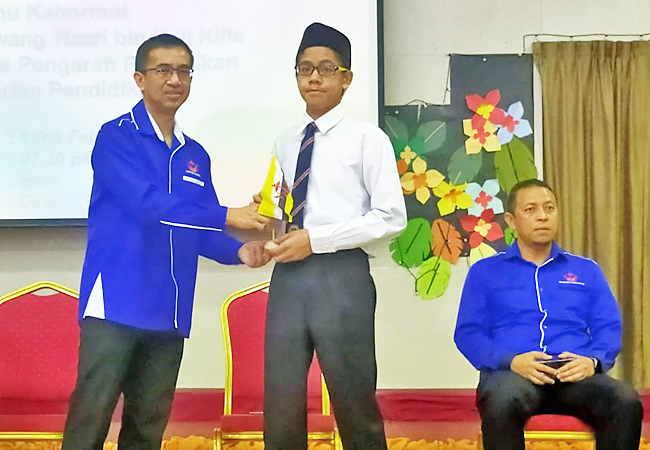 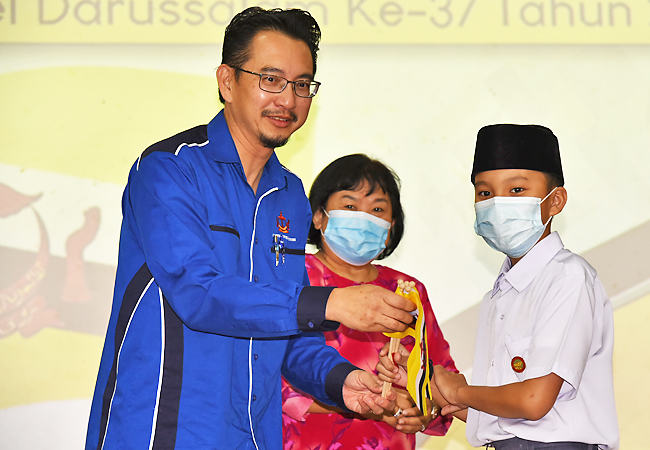