“St Margaret’s School in Seria strives not only to help students secure academic excellence, but also develop their values, attitude and attributes to serve them later in life,” Principal Liew Yong Kim said.

Liew also praised the students, teachers, parents and guardians for their dedication.

The event was held at the school’s multi-purpose hall yesterday, with chairman of the school’s Board of Governor Willian Wilson Hendricks as the guest of honour. Deputy Principal Ramesh Balram also attended.

“This ceremony is about recognising the many achievements made by our students and I am both delighted and honoured to recognise their exceptional performance today,” Liew said.

He also highlighted students’ achievements over the past academic year, which included one student receiving a special primary school assessment (PSR) achievement from the Ministry of Education.

The ceremony continued with the handing of trophies and awards to the students by the guest of honour.

In addition, five special awards were also handed to the top-performing students of Years 11, 8, 6 and 3 as well as kindergarten. 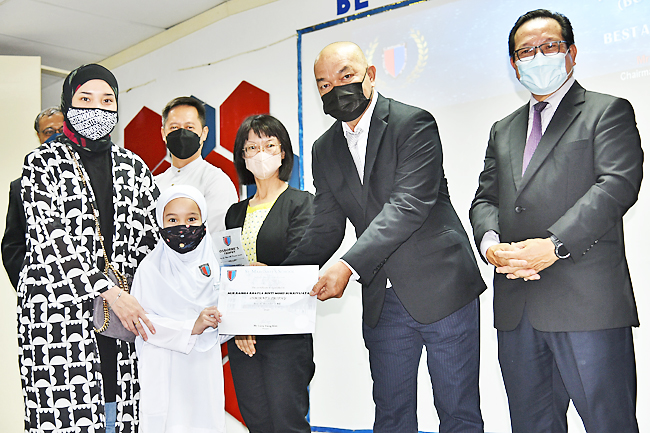