CNA – Embattled Australia captain Aaron Finch (AP pic, below) has shrugged off his abysmal form with the bat in the leadup to the team’s T20 World Cup defence, saying he has the full support of players and selectors and a big score is just around the corner.

The white ball skipper, caught in the slips for one in the ODI against Zimbabwe in Townsville on Wednesday, has managed only 16 runs in his past four innings, which included a pair of ducks against Sri Lanka.

Former Australia captain Kim Hughes told Australian radio this week that Finch did not deserve his place in the World Cup squad, but the 35-year-old opener said he would soon bounce back.

“I know that I have the full support of the players and the coaching and selection staff, so I’m working hard on my game. 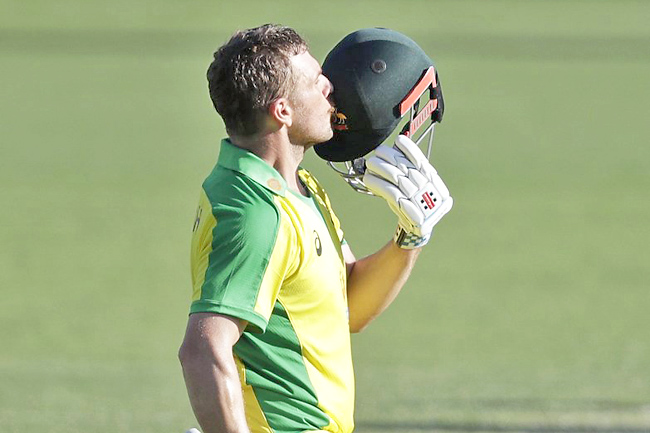 “I am just getting a little bit planted down my front foot and when I get a bit heavy there it starts to affect the rest of my game because you lose a bit of intent and a bit of flow.

“But I feel as though that’s coming along really well. The rewards will be there very soon, just hasn’t happened as yet.”

Finch has battled through several form troughs in recent years and came back from knee surgery to help Australia win their maiden T20 World Cup in the United Arab Emirates last year.

Sitting alongside Finch, selector George Bailey said there was no discussion about the captain’s place in the team.

“Finchy’s record over his entire career is a pretty incredible one,” he said.

“He’s the leader of the team and you’d be a very brave person to write him off.”