BIELEFELD, GERMANY (AP) — Relegation-threatened Arminia Bielefeld fired Uwe Neuhaus (pic below) on Monday less than a season after the coach led the club to Bundesliga promotion.

The club said it was also letting go of assistant coach Peter Nemeth, and it would make an announcement regarding Neuhaus’ successor soon.

Bielefeld is third-to-last in the relegation/promotion playoff place in the 18-team division. Hertha Berlin is just ahead on goal difference, and improving Mainz is only one point behind in a direct relegation place. Bielefeld still has a game in hand, however.

Bielefeld claimed just one point from its last five games – a 3-3 draw at Bayern Munich – and the 3-0 loss at Borussia Dortmund on Saturday was the fifth in a row in which the team conceded at least three goals.

The 61-year-old Neuhaus was immensely popular with Bielefeld’s fans after leading it to its surprise promotion after 11 years away from the Bundesliga. He had been in charge of the club since December 2018. But Neuhaus reportedly clashed with sporting director Samir Arabi over squad selections and tactics.

Neuhaus’ position was already under threat in the opening half of the season after seven straight defeats, but the team stabilised with 13 points from its following eight games.

Bielefeld next plays Neuhaus’ ex-club, Union Berlin, on Sunday, while it faces Werder Bremen in their rescheduled game on March 10. 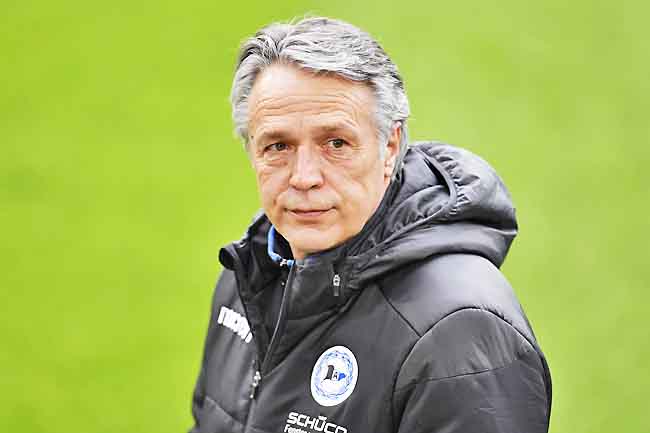