The sporting fraternity in Brunei Darussalam has been aiding the development and progress of combat and martial art sports for decades; kendo represents one of the traditional sports that has been practised and accepted here.

The sport first came to public attention in 2000, leading to the formation of the Kendo Federation of Brunei Darussalam, the national governing body that oversees affairs pertaining to kendo, a year later.

Since its establishment as a national governing body, Brunei has been represented in both regional and international competitions.

The early beginnings of the federation saw classes being held at Menglait Sports Complex and Universiti Brunei Darussalam (UBD), with affordable rates offered to interested applicants including reduced fees for students.

The sport requires equipment such as kendogi, clothing worn on the upper side of the body; hakama which are pants; as well as bogu and tare, also known as body armour. Kendo athletes commonly use a bamboo stick called a shinai. 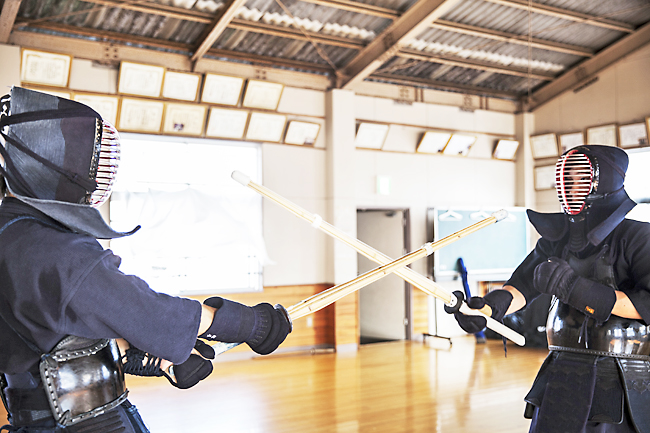 Matches are usually contested in singles and team formats, with team events usually involving five participants. The teams or individuals will be labelled in red and white.

One of the local advocates who have been instrumental in the sport’s progress is Haji Muhammad bin Haji Dagang, who passed his 2nd Dan grading in Hong Kong in 2017.

Since Dan certification is not available locally, a practitioner must obtain it overseas especially to participate in competitions in Hong Kong, Thailand and Japan.

Brunei first joined the competitive scene internationally in Kuala Lumpur, Malaysia, and then proceeded to compete in Thailand, Hong Kong and Indonesia. The country also competed on the world stage in Hong Kong and Canada.

Haji Muhammad’s finest achievement was arguably winning the gold medal in a world tournament in Brisbane, Australia in 2003, defeating a competitor from Russia by three-to-one in the final.

The kendo practitioner, who picked up the sport in his late teens, also achieved one gold medal and Kendo Soul in Thailand in 2007.

In 2005, Brunei hosted a friendly tournament which saw international teams participating including Suginami from Japan and Malaysia at the Indoor Stadium of the Hassanal Bolkiah National Sports Complex, in preparation for a competitive tournament in Thailand in 2007.

At the continental level, Brunei’s achievements came in the Thailand Open, where they earned one gold medal and one Kendo Soul.

Brunei also participated in a friendly tournament in Indonesia in 2010, alongside teams from selected Asian countries and Indonesian universities, hosted by the Japanese Embassy in Indonesia.

Currently, there are only three individuals who are recognised with the Dan certification in the country. Before an individual receives their grading, they are required to complete a 200-word essay. Referees must understand the three different elements – movement, strike and kiai, which translates to shout or yell in Japanese.

Individuals who receive Dan certification not only can coach, but can also referee international competitions, should the organiser seek or call for their services.

At present, the Kendo Federation of Brunei Darussalam holds training twice a week at Menglait Sports Complex on Tuesdays and Fridays at 8pm .

The country is also looking for prospective athletes who can join the national team and represent the country at an international level.

The association also organised public roadshows to spread awareness of the sport as well as participation in charity and public holiday events.

Currently, there are over 20 members in the federation, with some former members establishing their own gyms after being certified.