Formal Islamic religious education has been part of the nation over the last 60 years.

It has been strengthened with the establishment of Arabic religious schools, and has achieved some of the goals desired by His Majesty Sultan Haji Hassanal Bolkiah Mu’izzaddin Waddaulah ibni Al-Marhum Sultan Haji Omar ‘Ali Saifuddien Sa’adul Khairi Waddien, Sultan and Yang Di-Pertuan of Brunei Darussalam, who wants the people to make Islam a complete way of life.

Formal religious education is under the purview of the Ministry of Religious Affairs, overseeing the religious and Arabic schools.

Along with Insyirah, a religious knowledge integration programme, young students in the formal education system are learning to apperciate Islam as part of their daily lives.

“As digital education becomes more prominent in the country, the ministry is working on diversifying teaching techniques as well as programmes for religious schools and Arabic schools in alignment with the current trend,” said the minister. 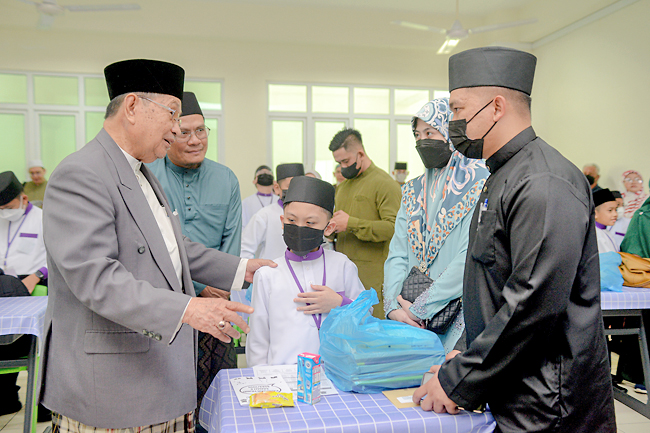 “The mastery of Arabic language is one of the things that is highly emphasised,” said the minister, adding that in addition to keeping the curriculum of Arabic subjects up to date with research and assessments, various initiatives and support activities to strengthen the mastery of Arabic have also been implemented.

“With its achievements, Arabic school institutions have gained a place in our society,” said the minister. “Since its establishment, Arabic schools have received a very encouraging response from the Muslim community,” he said.

“The success of Arabic school students is also outstanding, especially their participation and successes in domestic and international competitions,” he said.

The minister said they will continue to strive to strengthen the effectiveness of teaching and learning through the implementation of various programme and activities.

The minister added that there will also be a general strengthening of all aspects of educational affairs through the use of ICT in education, administration and management.

“The ministry will also implement efforts to strengthen religious school hours and develop the approach implemented in the Insyirah programme, taking into account the welfare of students and also the needs of civil servants,” said the minister, adding that the ministry will coordinate planning in terms of infrastructure needs, buildings and facilities related to religious education.