THE WASHINGTON POST – Heather Jeffcoat is a keen observer of people.

“I notice people,” said Jeffcoat, who ascribes her perceptive eye to her nearly two-decade career as a physical therapist.

The latter observation – a behavior some experts call “stomach gripping,” or what’s more widely known as sucking in your stomach – is one that Jeffcoat said she often sees among the patrons at her usual Starbucks, which is next to a spin studio in the Sherman Oaks neighbourhood of Los Angeles. “They’ll be dressed in their spin clothes, basically a crop top or a sports bra and capris, and I’ve noticed it,” she said.

The pervasiveness of this habit can largely be attributed to a common approach to fitness that’s overly focused on the abdominal muscles, as well as societal beauty standards that emphasise a flat stomach, said clinical assistant professor of physical therapy at the University of Michigan-Flint Julie Wiebe.

Sucking in the stomach and keeping your abdominal muscles tense as you go about your day might seem innocuous, but Wiebe and other experts say the habit can have physical and mental consequences over time. 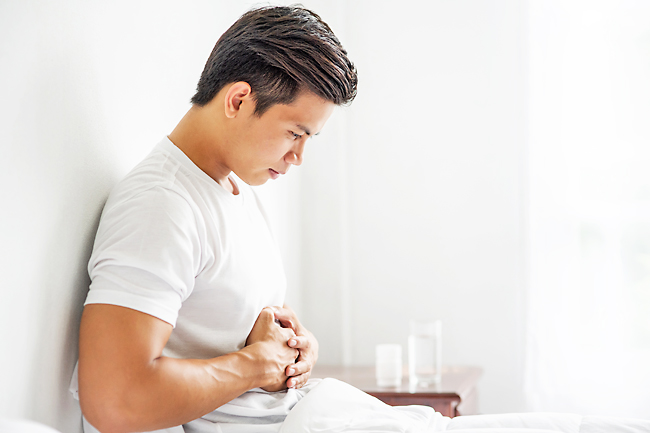 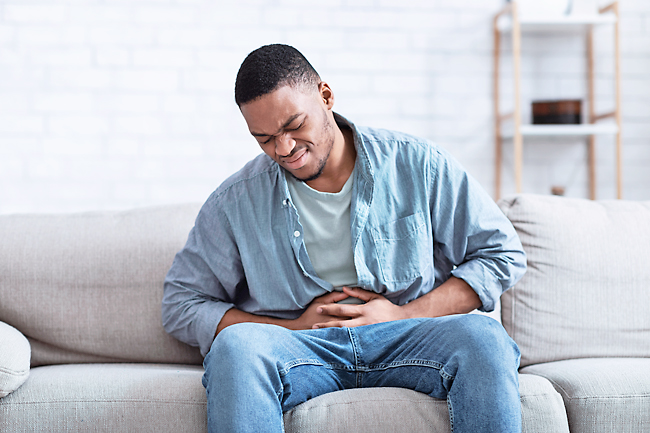 Beyond potentially affecting the pelvic floor muscles, which are involved in posture, urination and bowel movements, sucking in your gut all the time “could alter the mechanics of your abdomen; it could alter its ability to respond to demands in the environment,” Wiebe said. “It could change your breath patterns.”

The term “stomach gripping” refers to when people activate their upper abdominal muscles and hold them in a contracted state for prolonged periods of time said assistant professor of physical medicine and rehabilitation and obstetrics and gynecology at Northwestern University’s Feinberg School of Medicine Sarah Hwang.

If those muscles are trained to always be activated, it can affect the entire core, including the pelvic floor muscles, said Hwang, who is also the director of the Women’s Health Rehabilitation program at the Shirley Ryan AbilityLab in Chicago.

Hwang, who treats people with pelvic floor issues, said she addresses tense abdominals in her patients “on a regular basis”.

Habitually contracting your oblique abdominal muscles can exert force down on the pelvic floor muscles and potentially cause the pelvic floor to become overwhelmed, which could have consequences such as incontinence and pelvic organ prolapse, said Jeffcoat, president-elect of the Academy of Pelvic Health Physical Therapy. It’s also possible, she said, to consistently overwork your transverse abdominus muscle, which creates a “co-contraction” in the pelvic floor muscles and could result in a loss of flexibility in those muscles over time.

Hwang added that gripping your abdominal muscles too intensely can exacerbate symptoms for people who have existing pelvic floor issues, especially those with incontinence.

“When you activate those upper abdominal muscles, you’re creating an increase in intra-abdominal pressure at baseline,” she said.

“Then when something happens to increase that pressure even further, like coughing or laughing or sneezing, the pelvic floor muscles can’t overcome that increased pressure, and people will have urinary incontinence.”

But Wiebe noted that the effects of sucking in your stomach can extend beyond the pelvic floor. You might notice that it’s harder to take deeper breaths, or you could develop soreness and stiffness in your lower back and hips.

Contracted muscles are also less responsive, she said, meaning you could be affecting your body’s ability to absorb impact from activities such as running. People who run with their stomach muscles over-tensed may, for instance, have an increased vulnerability to running-related injuries, she said.

“I’m not saying don’t ever engage your abs again,” Wiebe said. Instead, it’s important to “understand that they are part of a functional whole, and they’re intended to play on a team, and they need to be appropriately engaged for the task you’re up against”.

But breaking the habit and learning to relax your muscles isn’t always an easy process, experts said, especially if you’ve been sucking in your stomach for years.

Many people’s fixation with having a flat stomach, or at least the appearance of one, has largely been fueled by a well-intentioned idea about health and fitness – having a strong core – that has been taken to the extreme, Wiebe said.

“We sort of prescriptively said, ‘Pull your navel to your spine,’ “ she said, referring to the common exercise instruction.

“We’ve never nuanced that. We’ve never said, ‘Do a little for a little task and do a lot for a big task.’ People have interpreted it as we’re going to hold it tight all the time.”

Mass media and advertisements have associated having a flat stomach with desirable qualities, including hard work, personal drive and willpower, Kearney-Cooke said.

In reality, though, most people, including many who are in overall good health, don’t have sculpted stomachs, and she and other experts emphasised that holding in your gut is not a healthy behavior in the long term. “It’s painful,” Kearney-Cooke said. “It’s not good for your whole system.”

The good news, experts said, is that it is possible to retrain your muscles through a combination of mental and physical strategies.

A key initial step is recognizing that you are gripping your abdominal muscles when you don’t need to, Wiebe said.

While you should engage those muscles if you’re lifting a barbell, you shouldn’t be tensing them at full strength when you’re standing in line at the grocery store. “Awareness is half the battle,” she said.

Jeffcoat agreed. Many people, she said, “go around life holding it in because they think they’re supposed to” for postural or aesthetic reasons.

“The problem is you shouldn’t have to be consciously gripping it,” she said. “It shouldn’t be that you’re constantly going 80 to 100 [per cent of your maximal tension]. It should be close to 20 to 30 per cent.”

Pay attention to any symptoms related to the pelvic floor, such as abnormal bladder and bowel function, experts said.

Other signs of gripping may be more visual. For example, Wiebe said, consistently sucking in your stomach could alter the appearance of your abdomen, including a protrusion of the lower abdomen and a flaring of the rib cage.

To begin retraining your muscles, experts recommend consciously trying to relax and let your stomach out. For people who are having a hard time relaxing in a seated or standing position, getting on all fours and “letting your belly relax down to the floor” may help, Hwang said. “Sometimes having the help from gravity can make a difference.”

Jeffcoat said other strategies include a combination of flexibility and breath work, such as “belly breathing”, as well as abdominal massage.

When you’re practicing breathing, Wiebe suggests doing inhalations with an emphasis on easing the stomach and pairing that with meaningful movements, such as descending into a squat.

Combining inhalation with movement can teach the body to use the trunk muscles in a different way, Wiebe said, so you’re no longer relying only on your abdominals.

For additional help, or if you have any symptoms of pelvic floor dysfunction, it’s important to seek care from a professional.

“Body image plays a major role in self-esteem, and for some people, holding in that stomach and having the flatter abs gives them a lot of self-esteem, but the price of it is high, and it’s something you have to keep doing forever.”

What’s more, Kearney-Cooke said, ask yourself how much of a difference it really makes to suck in your stomach.

“It’s not just your stomach, it’s the whole picture of you that people see – your smile, your eyes.”

And what should matter most, she added, is prioritizing taking care of yourself.

“There’s enough to be stressed and tense about,” she said. “Stop tensing your body that way. You’ll feel better.”