With the survival of humanity on the line, governments that signed the United Nations (UN) Framework Convention on Climate Change (UNFCCC), including Brunei Darussalam, will meet at the 2021 UN Climate Change Conference known as COP26 to act now to avoid devastating climate change’s impact. The recent 2021 Intergovernmental Panel on Climate Change (IPCC) report underscored that it is still possible to achieve the 1.5-degree-target but only if unprecedented action is taken now.

Hosted by the United Kingdom (UK) in partnership with Italy, COP26 was originally scheduled to take place in November 2020 in Glasgow but was postponed due to COVID-19. It is now set to take place two weeks from now, from October 31 to November 12.

The UK is hosting COP26 as a physical event and is providing COVID-19 vaccines to delegations with no access to them.

British High Commissioner to Brunei Darussalam John Virgoe in a recent virtual interview said, “Just two weeks away, UK will host COP26 which is the UN Climate Change Conference in Glasgow, Scotland. In the past three decades, UN has been bringing together countries around the world annually to tackle climate change.”

COP26, he added, “was supposed to take place last year but was postponed due to COVID-19.

Virgoe said, “This year’s conference will be delivered in person, organised under very strict guidelines and offering vaccination to delegates from developing countries. 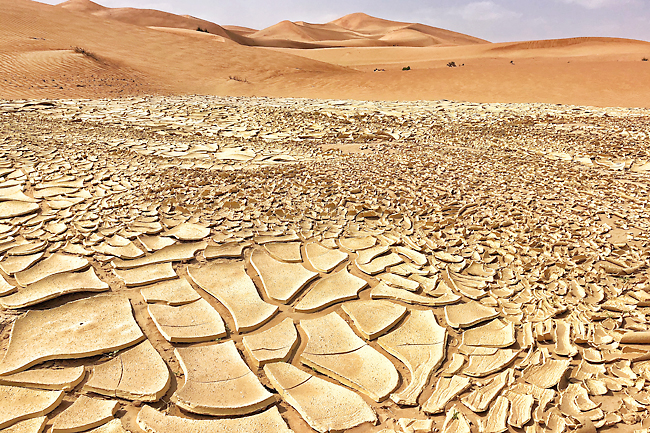 “It will start with the leader summit on November 1 and 2. We are expecting over 120 world leaders, heads of government and heads of state. It is an important opportunity for leaders to set direction for the talks. This will be followed by two weeks of negotiations. Running along is also discussion on key topics like nature, youth, adaptation, science and others.

“There are also hundreds of youth groups, artists, civil society groups, businesses hosting events like performances, workshop and talks too. It will be an exciting couple of weeks.”

The reason that the convention is hosted in Glasgow, he said, “is because the UK is the incoming president of COP therefore the British Prime Minister Boris Johnson will chair the world leaders’ summit. Minister of State at the Cabinet Office Alok Sharma will be chairing two weeks talk.

As president, it is our role to be an honest broker and to help countries to reach agreement that focusses on three keys areas which is mitigation, adaptation and finance.

This is important because in the 2021 IPCC has reported that the world is dangerously close to running out of time to stop climate change catastrophe”.

At the Paris Climate Change Conference six years ago, he recalled that leaders have agreed to limit warming to below two degrees Celsius and 1.5 degrees if possible.

“We have already hit 1.2 degrees and devastating climate change impacts have already been felt across the globe.

“People’s livelihoods are at stake and we can see the unprecedented heat wave and weather events like flood and drought will be intensified,” said the high commissioner.

He noted that progress were made where major economies are committed to achieve net zero carbon admission meaning eliminating carbon emissions and greenhouse gases as well as increasing forest coverages.

“Renewable power being deployed while coal-powered stations are being shut down in many parts of the world. There are also increasing shift to using electric cars.

However, he said, “as stated by the report from IPCC has made it clear that to protect the world from the devastating impacts of climate change, we need all countries to take more ambitious actions and as the UN Secretary-General Antonio Guterres has said, this is really code red for humanity”.

“COP26 is for all countries to increase their ambition to meet goals that we set at Paris. The UK, Japan, Korea and China have pledged not to fund coal-powered stations and many countries has committed to net zero emissions by the mid-century,” said the envoy.

Virgoe applauded Brunei for preserving 72 per cent of its forest cover. However, according to global carbon project and other analysts, Bruneians produce 16.6 metric tonnes of carbon dioxide per capita in 2018. It is among the top 10 in the world, which is three times compared to an average Singaporean or Malaysian.

He said that UK and Brunei are closely working together to tackle the issue of climate change. “We welcome Brunei’s efforts as ASEAN Chair to put the issue on the agenda in the ASEAN leaders’ summit next week. It’s a great opportunity to build momentum ahead of COP26.”

He commended the Brunei government for introducing and implementing a national climate change policy in August 2020. The high commissioner said, “My reflection on the policy is that it has identified all the key areas where Brunei need to take action. I think that Brunei government is now working hard to determine all the areas to add into the policy. We have been talking with Brunei and trying to support them in a number of areas where we have expertise. It is a good policy but there are works to be done. As I said earlier, all governments need to increase our level of ambition.”

Virgoe said, “We have invited Brunei to attend COP26. I am confident that Brunei will be attending just like every year.”

Southeast Asia Climate and COP26 Partnerships Manager at the British High Commission in Singapore Lauren Babuik said, “While the COVID-19 pandemic has led to some reduction in CO2 emissions, this is widely expected to be a temporary blip (as seen in past crises such as the 2008 financial recession), and many economies are now seeing emissions climbing above pre-COVID19 levels. There is much further to go to meet the Paris temperature goal. The annual ‘emissions gap’ to two degrees warming is approximately 12-15 gigatonnes (roughly the annual emissions of China). The gap to 1.5 degrees is more than double that at 29-32 gigatonnes. To close this ‘emissions gap’, collective emission reduction commitments need to be three to five times greater.”

She added, “COVID-19 has dramatically illustrated the need for countries to prepare for and build resilience to future shocks, including the effects of climate change. Through our response to COVID, we have an opportunity to build that global resilience and ensure we are prepared for the next climate disaster. As part of this UK-Italy Presidency Partnership year, we agree on the need to build back better following the impact of COVID-19. For example, increased renewable investments will build resilience against an uncertain demand outlook for fossil fuels exports. Global demand for coal is projected to have fallen seven per cent in 2020 and is not expected to recover to pre-COVID 19 levels going forwards.”

COVID-19, she said, “has also provided a stark reminder of what happens when humanity’s relationship with nature breaks down. As we recover we have an opportunity to protect and restore nature, reducing our exposure to deadly viruses and climate impacts”.