Stepping into a new world

AP – The term metaverse is the latest buzzword to capture the tech industry’s imagination and while Facebook parent Meta is the best-known entrant into this futuristic virtual concept, it’s certainly not the only one.

Mark Zuckerberg’s all-in embrace including renaming his company and investing tens of billions of dollars, might be the biggest thing to happen to the metaverse since science fiction writer Neal Stephenson coined the term for his 1992 novel Snow Crash.

But Zuckerberg and his team are hardly the only tech visionaries with ideas on how the metaverse, which will employ a mix of virtual reality (VR) and other technologies, should take shape.

At this year’s CES, the tech industry showcase in Las Vegas, the metaverse is a “key theme”, said Consumer Technology Association senior vice president Kinsey Fabrizio. She pointed to automaker Stellantis and software giant Microsoft, which have a partnership to create a showroom in the metaverse. Another company, OVR, lets people smell the metaverse.

As with any emerging technology, there are plenty of concerns around the metaverse, including whether it could allow big tech companies access to even more personal data, or contribute to the spread of hate and misinformation along with other online harms that exacerbate real-world problems. Then there are those goggles. For now, anyone who wants to enter the metaverse must wear a VR headset, an immediate deal breaker for some people. 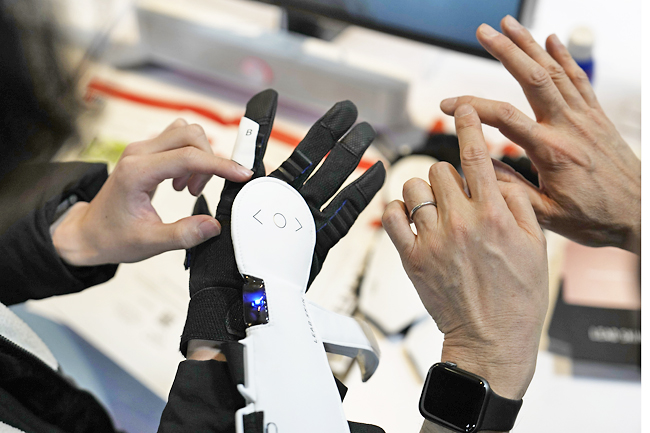 WHAT IS THE METAVERSE?

Think of it as the Internet brought to life, or at least rendered in 3D. Zuckerberg has described it as a “virtual environment” you can go inside of, instead of just looking at on a screen. Essentially, it’s a world of endless, interconnected virtual communities where people can meet, work and play, using VR headsets, augmented reality (AR) glasses, smartphone apps or other devices.

It also will incorporate other aspects of online life such as shopping and social media, according to analyst Victoria Petrock, who follows emerging technologies.

WHAT WILL I BE ABLE TO DO IN THE METAVERSE?

Things like going to a virtual concert, taking a trip online, and buying and trying on digital clothing.

The metaverse also could be a game-changer for the work-from-home shift that has evolved from the coronavirus pandemic. Instead of seeing co-workers on a video call grid, employees could see them virtually.

Those who can afford the VR headsets that cost at least hundreds of dollars and want to wear them, of course, would be able, through their avatars, to flit between virtual worlds created by different companies.

Tech companies still have to figure out how to connect their online platforms to each other.

Making it work will require competing technology platforms to agree on a set of standards as well.

IS THE METAVERSE JUST A META PROJECT?

Zuckerberg is going big on what he sees as the next generation of the Internet because he thinks it’s going to be a major part of the digital economy. But he has acknowledged that “no one company” will build the metaverse by itself.

Other companies talking up the metaverse include Microsoft and chipmaker Nvidia, along with a bevy of startups.

“We think there’s going to be lots of companies building virtual worlds and environments in the metaverse, in the same way there’s been lots of companies doing things on the World Wide Web,” said Nvidia’s Omniverse platform vice president Richard Kerris.

“It’s important to be open and extensible, so you can teleport to different worlds whether it’s by one company or another company, the same way I go from one web page to another web page.”

Video game companies also are taking a leading role. Epic Games, the company behind the popular Fortnite video game, has raised USD1 billion from investors to help with its long-term plans for building the metaverse. Game platform Roblox is another big player, outlining its vision of the metaverse as a place where “people can come together within millions of 3D experiences to learn, work, play, create and socialise”. Consumer brands are trying to jump on the trend too.

WILL THIS BE ANOTHER WAY TO GET MORE OF MY DATA?

Zuckerberg’s embrace of the metaverse in some ways contradicts a central tenet of its biggest enthusiasts. They envision the metaverse as online culture’s liberation from tech platforms like Facebook that assumed ownership of people’s accounts, photos, posts and playlists and traded off what they gleaned from that data.