Stepping back in time

As the old proverb goes ‘a photo can convey a thousand words’; it can bring back memories, thoughts, experiences, and feelings from yesteryears.

This is further accentuated with the advancement of technology, as photography becomes more convenient with cameras and smartphones fitting the palm of your hand.

Despite the latest technologies, there has been a resurgence in the lost art of taking photographs through an archaic tried-and-tested method of taking and developing photos.

This is supported by many local passionate groups including the Panaga Photographic Society (PPS) of Panaga Club. As the society celebrates its 65th anniversary, I got to meet them as they marked the occasion in one of the many activities to help promote and preserve the art.

Speaking with the Bulletin, chairperson of the society and honorary member of Panaga Club Nicoline van den Berg-Alma reminisced about the society’s history with photographs taken over the years, with the society making strides such as funding of a laboratory for developing films to the archival of film negatives. 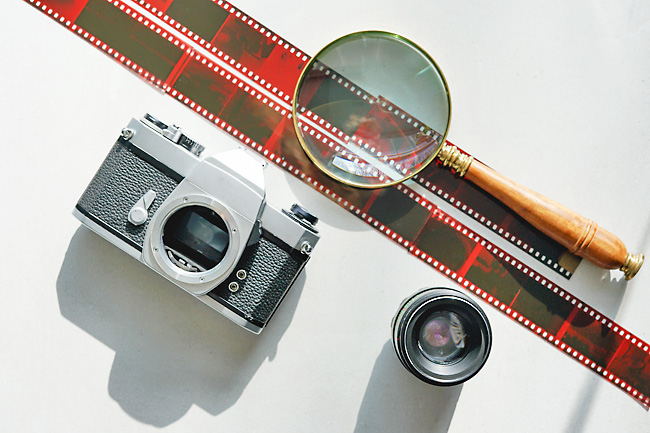 “Creating images and focussing on skills and techniques has been practised by passionate members through workshops, courses, and photo excursions.”

The society aims to preserve the institutional memory of keeping records and collective knowledge of film and digital processes alive. It provides an environment where new and professional members go for recreational activities.

The society has taken and preserved many photographs over the years at the club and places where their members frequent. Nicoline said these include major events at the club, special occasions such as the opening of the Masjid Mumong (1996) and Tasek Merimbun Heritage Park, royal ceremonies and visits to BSP and hornbills of Panaga as well as members’ self-processed monochrome prints of nature and portraits for a black and white calendar.

The society makes full use of its arsenal of equipment, knowledge, and expertise in slowly regaining its footing as the resurgence of film makes its way across the country.

“Film is cool, creative and contemporary. It combines skills, techniques and focusses on the ‘slow’ method of understanding light and taking control over a simple chemical process,” Nicoline added.

The slower process and appreciation of the art are shared by Nicolas Teo, a young and budding monochrome photographer, who frequents the society. “I love film photography. It really slows you down because it makes you think about your composition, of the limitation; unlike cameras nowadays where you just take (a photo) without any care,” Nicolas said.

He said the community is active and keen on sharing knowledge with each other to perpetuate the resurgence of film photography.

He said many of the techniques using modern cameras, such as aperture and shutter speed are based on old-school photography. It extends to photo editing that was previously done by physically manipulating the film negative through the use of the chemicals to develop and print the photograph. “Film photography needs to be inclusive, I hope PPS will find more opportunities for people to showcase and learn the art from seasoned shutterbugs,” he said.

Nicoline said PPS strives to promote photography by welcoming people of all ages to capture collective memories that can be viewed through films.

This extends to the use of the society’s dark room, which along with the collective expertise aims to preserve knowledge for the younger generations, many of whom might not be familiar with the analogue method of taking photos.

“In keeping film photography alive, we hope to continue to provide a dedicated space for members to share and showcase their beautifully-composed photos, while also keeping the 65-year-old tradition alive at Panaga Club,” she said.