Step up vigilance on the road

He made the call during the 62nd Munajat Night held to mark World Day of Remembrance for Road Traffic Victims.

Meanwhile, Universiti Islam Sultan Sharif Ali (UNISSA) Corporate Communication Unit Head Haji Sammali bin Haji Adam in his religious talk on ‘wise driving’ reminded Muslims of the blessings bestowed upon us by Allah the Almighty, as well as the need to prudently use road and vehicle facilities.

Haji Sammali said before getting behind the wheel, motorists should be familiar with the road rules, possess good driving skills and attitude, and adopt an accident prevention mindset.

Some 103 mosques, suraus and religious halls nationwide as well as workforce at the Ministry of Transport and Infocommunications (MTIC) and MoRA, and family members participated in the religious activity.

Pengiran Dato Seri Setia Shamhary opened the weekly religious gathering with the recitation of Sayyidul Istighfar and Surah Al-Fatihah from the BIA surau.

The event was highlighted by a Zikir Taubat led by Mosque Affairs Officer (Level III) Haji Mohammad Ashraf bin Haji Bujang, along with members of MKKJR, officers and staff of MTIC from the BIA surau.

It is also to pray for the safety of the people and the country. 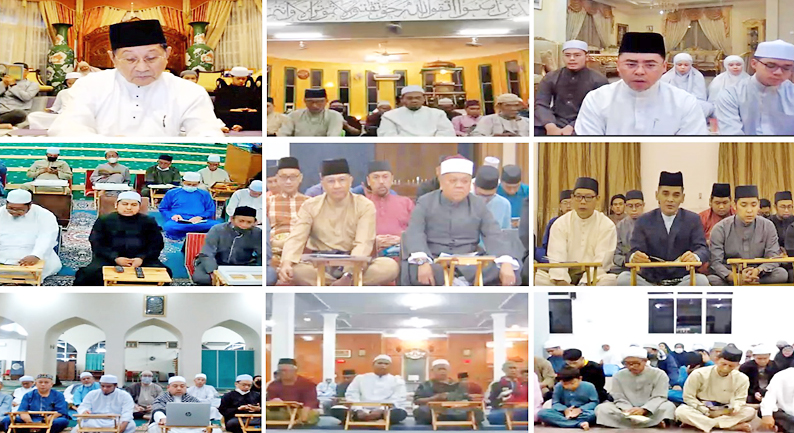