CNA/NEW YORK TIMES – Why is it that when you have the most to do you feel the least able to act?

This sense of helplessness – also called “overwhelm freeze” – always seems to set in when you have a dozen things on your list, all equally pressing. Or it shows up when you have one huge thing to accomplish that really matters, and you’re stumped on how to even begin.

Instead of logically working through your list or slowly chipping away at that behemoth task, your brain acts like it’s a rabbit that’s just sensed a dog in the yard – it stops dead in its tracks.

Clinical Assistant Professor at Boston University’s Center for Anxiety and Related Disorders Dr Ellen Hendriksen said the freeze response – of “fight, flight or freeze” fame – arises when we view the task (or many tasks) in front of us as a threat. 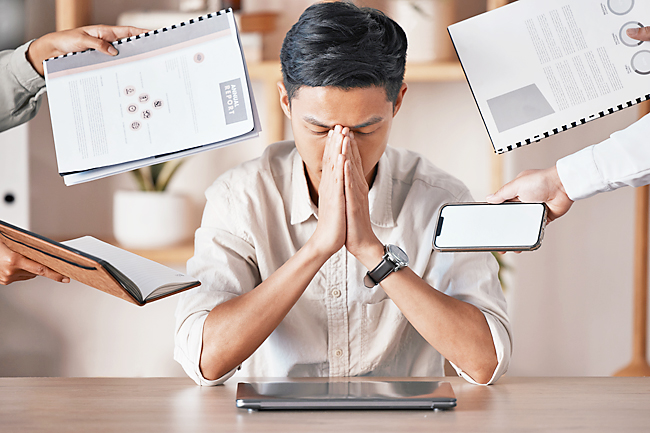 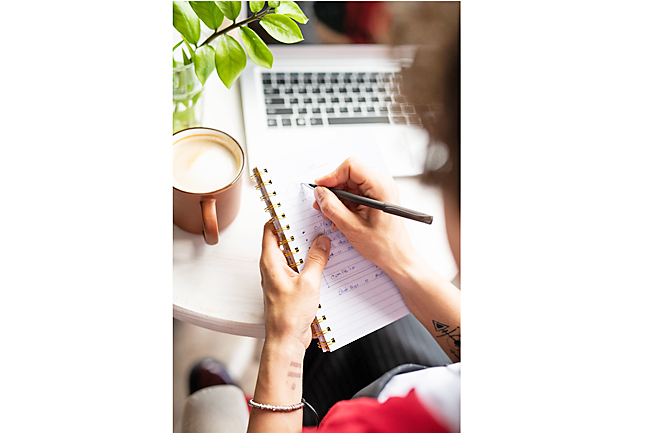 This experience can happen to anyone, but people who struggle with perfectionism may be especially prone to it. “In perfectionism, we over-identify with our performance,” Dr Hendriksen said. “If we unconsciously think we are what we do, then what we have to do becomes much more fraught.”

In the face of this anxiety, the brain’s executive centre loses control. Ordinarily, the prefrontal cortex, which is critical for planning, decision-making and self-regulation, keeps more emotional parts of the brain in check.

But during times of stress, the balance shifts and regions like the amygdala, which is responsible for identifying threats, can start to take over. These expert tips can help you snap out of your frozen state and bring your control centre back online.

First, you need to turn down your stress levels a notch or two. Try taking a few deep breaths, which can lower your cortisol, one of the main stress hormones. If it’s a single daunting task that’s causing you to feel overwhelmed, the gold-standard advice is to break it into tiny steps.

“It’s like that old adage, ‘How do you eat an elephant? One bite at a time,’” said Professor of Organisational Behaviour and Human Resources at the University of Calgary Dr Piers Steel.

These steps should be “ridiculously small,” Dr Hendriksen said. “The measuring stick is that your task should be so small that you feel no resistance.”

The steps also need to be concrete, restricting you to a time, location and duration when you’ll get a certain thing done.

Dr Steel recommended thinking about them as if you’re giving “instructions to a teenager who doesn’t really want to do it, so you have to be really specific”.

Take some of the pressure off, too, by telling yourself it’s okay if you do a bad job. You can always come back and improve on it later.

Think about the number of mistakes or do-overs you will allow yourself to make, Dr Hendriksen said. “The answer cannot be zero.”

Finally, take a first step, any first step. “It’s the idea of the task which is often stopping you from doing it,” Dr Steel said.

“It’s so big you don’t know what to do, and since you can start anywhere, you start nowhere.” Once you get going, the work tends to flow more easily and you often realise, “Oh, this isn’t so bad.”

For an overwhelming list of lots of little to-dos, the key is to start strategically.

You could do the most important or timely thing first, of course, but another option is to begin with the most enjoyable task. “We’re so focussed on the should that we forget that sometimes in there is some want, and following that can be very refreshing,” Dr Hendriksen said.

“If all this has to get done, then I might as well approach the one where I feel the least resistance.”

Starting with the smallest or easiest item can also build confidence and momentum. “Do some part of it that you can do and that you can succeed at, because nothing builds success like success,” said Professor of Psychology at DePaul University Joseph Ferrari.

Another place to start is with what’s most important to someone else.

“When you feel overwhelmed, you need to ask yourself, how does this make other people’s lives easier?” Dr Ferrari said. “If I do this, will this help someone else? If I don’t do this, am I delaying somebody else from doing what they need?”

Incentivising yourself can also help break the ice with a long list or that one task you really don’t want to do. If there’s an e-mail you need to send that you keep putting off (and off and off), promise yourself 10 guilt-free minutes of internet celebrity gossip afterward. Or pair a pleasant task with an unpleasant one, like doing a crossword while you’re on hold with your health insurance provider. “You use something you like to do to reward something you don’t like to do,” Dr Ferrari said. “That has been around for 50 years and it’s a very successful technique.”

If it’s simply impossible to get through your to-do list before everything is due, delegate.

Ask a co-worker, family member or friend to take one of the items off your list, knowing that you’ll return the favour in the future.

WHATEVER YOU DO, DON’T AVOID IT

Before you get started, remove distractions to help you focus on the tasks at hand. Put away your phone, clear your desk and set a timer for 30 minutes (or longer, but sometimes it’s good to start small). Tell people – including yourself – that you can’t be disturbed during that time. That includes no breaks for snacks, Slack or doing the dishes.

What you really don’t want is for your paralysis to turn into procrastination, where you do something small and pleasurable in the short-term, like scroll through Instagram, to avoid the big hard thing. Distraction and procrastination often go together, Dr Steel said, because “if you have an environment where temptation is always nearby and easily available, you’re going to procrastinate more”.

Task avoidance not only stalls you out in the moment, it sets you up to repeat the experience next time. When you avoid something that makes you anxious, what Dr Hendriksen called “the two lies of anxiety” get reinforced.

The first lie is that the thing really was threatening, and the second lie is that you could not have handled it.

“When we avoid things, we underscore those two lies and never learn that, ‘Oh, that wasn’t as bad as I thought!’” she said. “And, ‘Look! I could handle that!’”

The key is to work through the anxiety and teach your brain that it can still function under stress. Doing so builds both confidence and good habits for the next time your to-do list looms.