THE WASHINGTON POST – Auditions, screen tests, cutthroat competition: Catherine Steadman is familiar with the challenges of the acting biz. In her new book The Disappearing Act, the 34-year-old actress best known for playing Mabel Lane Fox, one of Lady Mary’s rivals on Downton Abbey, puts her experience to good use.

Her perspective as an actress and a writer brings realism to this novel, as she dips into Hollywood’s murky waters where sabotage, sexual assault and betrayal fuel the dream machine.

The Disappearing Act – Steadman’s third novel, following Something in the Water (2018) and Mr Nobody (2020) – is a psychological thriller that evokes the seamy side of what it takes to become a Hollywood star.

At the centre of The Disappearing Act is an impetuous British actress named Mia Eliot, who flies to Los Angeles for high-stakes auditions.

She’s been nominated for a BAFTA for her starring role in “Eyre,” a series based on the Charlotte Brontë novel. Mia hopes the publicity will pay off in Hollywood. Mia is indeed this novel’s Jane Eyre, as she is forced to draw on all her strengths when she’s pulled into a twisty mystery. 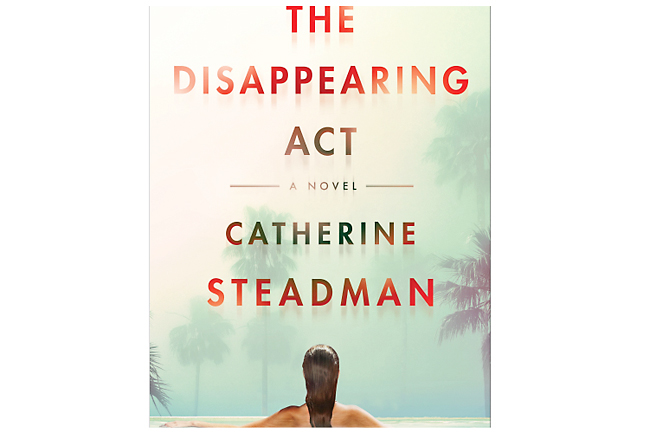 It involves the disappearance of Emily Bryant, a woman she meets at an audition.

What happened to Emily and why her fate is somehow linked to Mia are the two prongs of this gripping tale.

When Mia unearths evidence that Emily may have been raped by a studio executive, the story gets darker still.

In any good noir novel, an atmospheric locale is vital, and Steadman richly evokes Los Angeles “in all its monstrous glory.”

Mia, looking down on the city from a hilltop terrace, sees Los Angeles as “a fading ingenue with just the right lighting once the harsh light of day has passed, its grey arterial freeways, bald-patch car parks, and low sun-bleached buildings all melted from sight, leaving behind only the winsome sparkle in Hollywood’s eyes”.

Looming over this masquerading city is the iconic Hollywood sign, and Steadman gives the landmark a sense of foreboding – describing it as “the world’s biggest tombstones jutting up into the night sky”.

It’s on and near these “nine white letters writ forty-five feet high” that some of the novel’s best scenes take place.

Steadman delves into the sign’s provocative history, recounting the sensationalised story of a young woman who jumped off it after losing a breakout role to another, at the time, unknown actress named Katharine Hepburn.

Reading The Disappearing Act is much like watching a suspenseful film, and its intentional, camera-ready sensibilities might make it a better movie than book.

It shares this quality with Something in the Water, which has been optioned by Reese Witherspoon’s production company.