MEXICO CITY (AFP) – Mexico’s coronavirus death toll is soaring and the capital is on maximum alert, but for many workers who scrape out a living in the street, staying at home is not an option.

“They tell us not to go out. But what are we going to eat?” said Gerardo Acevedo, who has a stall selling stocks in downtown Mexico City.

“I have to support my children, sons-in-law, grandchildren,” the 52-year-old man said.

While authorities in the capital and many other areas of Mexico have ordered a halt to most non-essential activities, crowds still gather in the streets and on public transport.

The plight of Acevedo and many like him presents a dilemma for the Mexican authorities, who are trying to balance their efforts to control the pandemic with the need for people to survive financially.

Street hawkers are among the nearly 30 million people who work in Mexico’s informal sector, which accounts for almost a quarter of the economy, the second largest in Latin America. “There is social indiscipline, but the reality is that in this city many live from day to day and have to go out to making a living,” said National Autonomous University of Mexico economist Cesar Salazar. 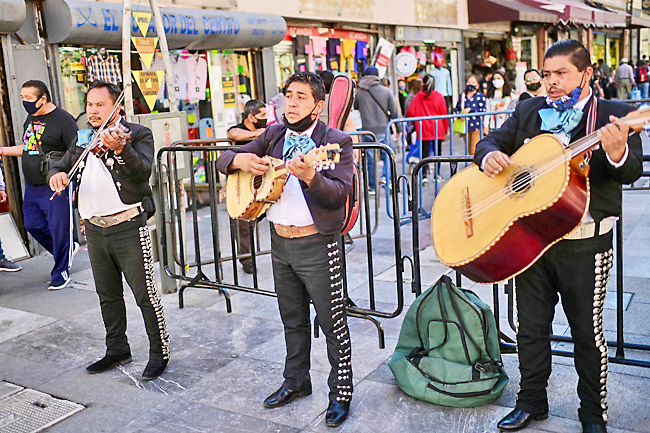 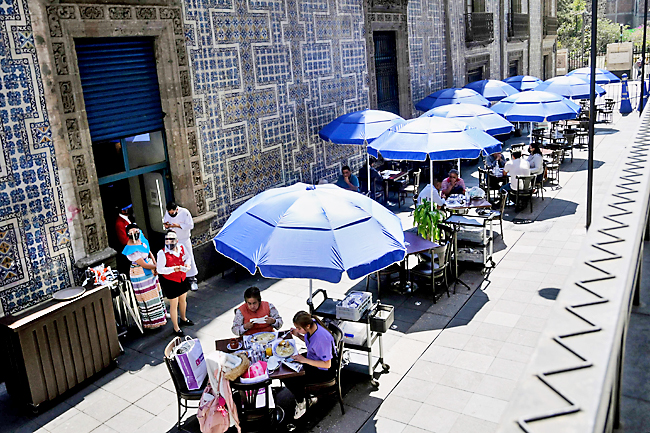 The pandemic is feared to have pushed up the number of people living in poverty in Mexico to around 62 million in 2020, almost half the population, according to the National Council for the Evaluation of Social Development Policy (CONEVAL).

The country of 126 million has officially registered more than 166,000 deaths from COVID-19 – the world’s third highest toll – and around 1.9 million known cases.

Taco vendor Marisela Monzon said she has to go out on the streets seven days a week to support four children and a grandchild.

The 54-year-old criticised food handouts from the city authorities as woefully inadequate. “Imagine that the rent man comes and I tell him ‘have a kilo of beans’. He’s not going to accept that,” Monzon said.

She has got in the habit of covering her taco cart with a sheet, ready to make a quick getaway if the police arrive, and communicates with other vendors by radio.

When a warning came that police were on the way, the vendors gathered up their merchandise and exchanged nervous looks. This time, however, it was a false alarm and they went back to work.

Mexico’s government opted for a policy of austerity in the face of the crisis to avoid driving up the national debt, choosing limited aid such as micro credits for small businesses instead.

“If they just tolerated us, that would be a pretty good support,” he said.

Vendors are not the only ones in Mexico City risking exposure to the virus because of their jobs.

Buses and the subway are still busy with people going to work during rush hour, almost all wearing face masks, although of differing quality. “We can’t stay at home, we have to move around,” said 27-year-old engineer Brianda Romero.