However, though they had observed a general pattern of reduced risk, studies on the subject had been small – and often conflicting – with little consensus on the type, frequency or intensity of exercise that might be best.

“There’s no real clear prescription that we can provide for physical activity,” said assistant professor of neurology at New York University’s Grossman School of Medicine Dr Joel Salinas, who specialises in treating people with dementia.

But three major long-term studies released in recent months have attempted to characterise the types, intensities and durations of physical activity that confer the most overall protection against dementia.

These studies, which followed thousands, and even hundreds of thousands, of people for years at a time, confirm that regular physical activity, in many forms, plays a substantial role in decreasing the risk of developing dementia.

Vigorous exercise seems to be best, but even non-traditional exercise, such as doing household chores, can offer a significant benefit.

And, surprisingly, it’s just as effective at reducing the risk in those with a family history of dementia. 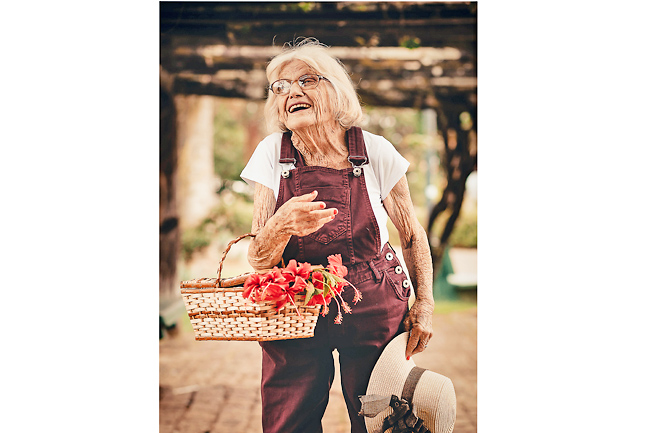 MANY FORMS OF EXERCISE CAN FEND OFF DEMENTIA

In the first study, published July 27 in the journal Neurology, researchers analysed the health information of 501,376 participants who did not have dementia in a British database called UK Biobank to establish links between physical activity and the risk of developing the disease.

One of the main advantages of this database was that it had “very enriched data about the genetics” of the participants, said researcher at West China Hospital, Sichuan University Dr Huan Song, who was one of the study’s authors.

This included a risk profile of participants based on whether they had genetic variants known to be associated with dementia, or whether they had immediate family members with the condition.

At the beginning of the study, participants filled out detailed questionnaires about their participation in physical activities, such as playing sports, climbing stairs or walking, and whether they regularly walked or biked to work.

They were also asked about various lifestyle factors, including how often they completed household chores.

One of the major constraints of previous studies was that “the definition of physical activity is quite weak”, Dr Song said.

“Some use the total amount, and some just focus on one mode of activity.”

The British questionnaires offered specificity on exactly which activities participants were engaging in on a regular basis.

Participants were followed for 11 years, during which time 5,185 developed dementia. The study found that, in participants who engaged in regular, vigorous activity, such as playing sports or working out, the risk of developing dementia was reduced by 35 per cent.

Surprisingly, people who reported regularly completing household chores also experienced a significant benefit; they had a 21 per cent lower risk.

“Some people work up quite a sweat when they are doing household chores,” said a neurologist at Northwestern University’s Feinberg School of Medicine Dr Sandra Weintraub, who was not associated with this study.

“It might be that if you do three hours of household chores, you are as good as if you did 30 minutes of aerobic exercise.”

For Dr Salinas, who recommends that people aim for 150 minutes of moderate- to high-intensity exercise a week, the results strengthen the idea that regular moderate to vigorous exercise can promote brain health.

Cultivating this habit of exercise “is likely to have a very profound synergistic effect”, he said. “You get a lot more bang for your buck in terms of helping to promote your own health through physical activity.”

Perhaps most encouragingly, the association between physical activity and a reduced risk of dementia extended to participants who had a family history of dementia.

“It’s very important to know that if you have a family history of dementia, you can use physical activity to reduce your risk,” Dr Song said.

The second paper, published in early August in Neurology, compiled 38 studies to see which leisure activities were associated with a reduced risk of dementia. Altogether, the studies followed more than two million participants without dementia over at least three years, during which time 74,700 developed dementia.

After controlling for age, education and gender, the researchers found that participants who exercised regularly – defined as engaging in activities such as walking, running, swimming, dancing, participating in sports or working out at the gym – had a 17 per cent lower risk of developing dementia compared with those who did not.

This meta-analysis shows that dementia prevention is not limited to one activity, or even one type of activity. Given the diversity of physical activities that participants engaged in, “we recommend to people to do the exercise that you like”, said a researcher at Peking University and one of the study’s authors Le Shi.

When it comes to reaping the benefits of physical activity, it’s never too soon to start. In a third study published this month, researchers followed more than 1,200 children between seven and 15 for more than 30 years.

Those with higher levels of fitness as children had higher levels of cognitive functioning in midlife, suggesting that establishing a lifelong habit of physical activity could be beneficial for brain health.

Together, these studies suggest the ways we move our bodies on a daily basis could add up over time. They also solidify the notion that regular, lifelong physical activity, in all of its forms, goes a long way toward reducing the risk of dementia, even for people who are classified as high-risk.

“Your brain is part of your body and is going to benefit from anything you do that is good for your general health,” Dr Weintraub said.