Stars on the pitch

With the FIFA World Cup Qatar 2022 now well into the knockout stage, here’s a look at some of the players who delivered standout performances over the course of the group stage of the competition.

One of the standout performers from the group stage has undoubtedly been PSV Eindhoven forward Cody Gakpo, who has played a big role in the Netherlands finishing top of Group A.

A joint top scorer at the end of the group phase, Gakpo has scored a goal in each of the Netherlands’ three group games, starting with a late header to break the deadlock in a win against Senegal, followed by a powerful strike from just outside the penalty area in a 1-1 draw with Ecuador, and a clinical finish into the bottom corner of the net after a driving run to open the scoring in a 2-0 win against Qatar.

In March earlier this year, Marcus Rashford was dropped from the England squad after struggling for club form with Manchester United last season. Fast forward to November, and the 25-year-old found himself not only back in form for his club, but also back in the England fold at the World Cup as joint top scorer by the end of the group stage.

Rashford has emerged from the group phase with three goals to his name, contributing to England topping Group B. The forward managed to net immediately after coming off the bench in England’s opening group game against Iran, before going on to score two in their third match against Wales, which included curling in a direct free kick from range to break the deadlock. 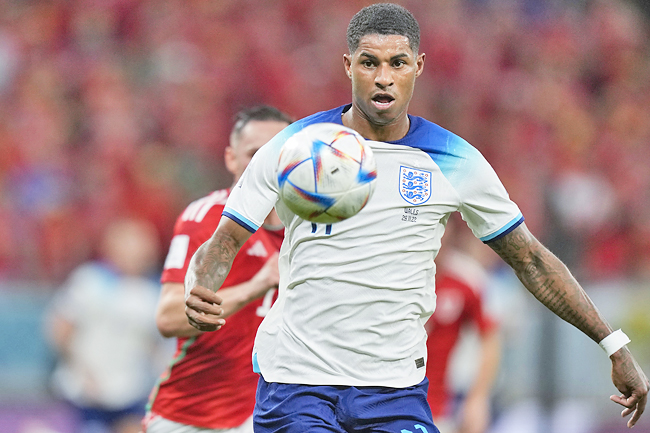 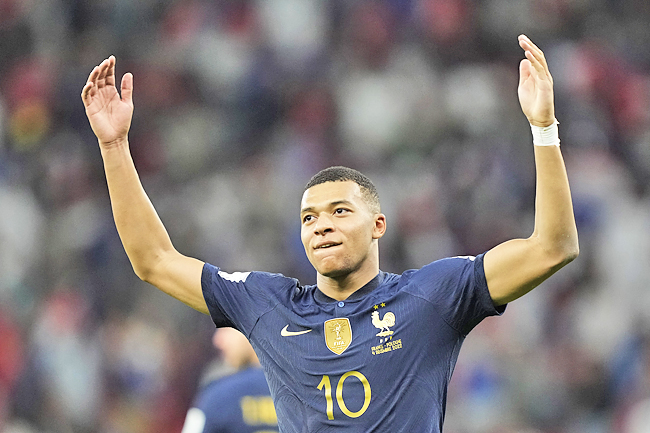 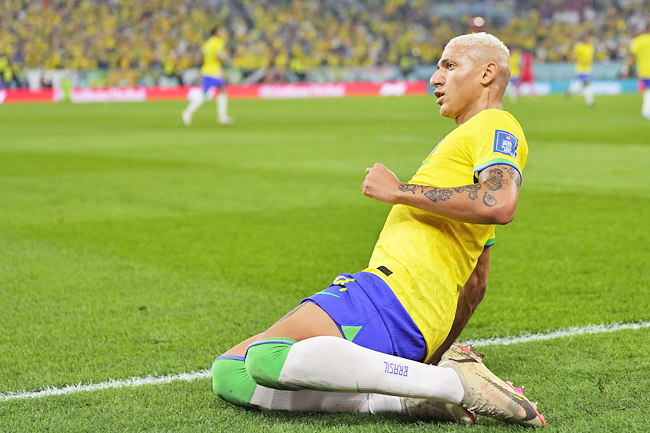 While Argentina had a rough start with an unexpected 2-1 loss to Saudi Arabia in their opening game of Group C, team talisman Lionel Messi led the Argentinian team as they rallied to get a vital 2-0 win over Mexico, in a match where he scored the crucial opening goal with a low drive from long range while also providing an assist for their second goal.

Although the Argentinian captain missed a penalty in a 2-0 win against Poland in the third game, Argentina proceeded to finish top of Group C with Messi as their top scorer in the group stage with two goals.

The ever talented PSG forward Kylian Mbappe played a starring role in France’s World Cup winning run in 2018, and has done so once more in the group stage of his country’s campaign this time around, having garnered three goals and two assists to help the French side secure qualification after just two games in Group D.

Mbappe started with a headed goal and an assist for his countryman Olivier Giroud in France’s 4-1 win over Australia, before adding a double to his goal tally in a 2-0 victory over Denmark.

Japan shell-shocked mighty former world Champions Germany and Spain with surprise 2-1 victories, and a common thread between those two matches was that both times, Japan went behind 1-0, and both times, super sub Ritsu Doan came off the bench to score an equaliser and level the scores.

Doan, who plays his club football for SC Freiburg in the Bundesliga, scored in the first game by putting away a rebound, before Japan went on to score a second goal eight minutes later.

In Japan’s third game, while Spanish striker Alvaro Morata, a joint top-scorer for the group stage with three goals, managed to give Spain the lead, Doan’s goal kicked off another comeback that ultimately helped Japan on their way to a second win that propelled them to the top of Group E.

While Hakim Ziyech has only made five appearances for Chelsea this season, four of which have been off the bench, he has played a key role in helping Morocco finish top of Group F at the 2022 World Cup, notching an assist and a goal for his country.

Following a goalless draw against Croatia, Morocco went on to defeat Belgium 2-0, with Ziyech providing a cutback pass for Zakaria Aboukhlal to score their second goal. Ziyech then went on to score the opening goal in a 2-1 win over Canada with a sumptuous lob over opposing goalkeeper Milan Borjan after picking up a loose ball on the edge of the penalty area.

Tottenham striker Richarlison (AP pic; right) played a crucial role in Brazil finishing top of Group G, helping his country kick-start their 2022 World Cup campaign as he scored two goals in their opening group match, helping them to a 2-0 victory over Serbia.

Richarlison was first to react as he pounced on a rebounded shot from Vinicius Jr to put the ball in the back of the net. However, it was his second goal that truly caught the eye – a wonder strike where, after bringing the ball up into the air off a Vinicius Jr pass, he executed a bicycle kick to volley it beyond the keeper.

Portugal and Manchester United midfielder Bruneo Fernandes delivered strong performances in the two group games he played, racking up a pair of assists and goals as he helped his country secure qualification from Group H.

In an opening 3-2 win over Ghana, Fernandes played a through ball for striker Joao Felix to race onto and score Portugal’s second goal, before creating their third by releasing a perfectly timed pass for fellow forward Rafael Leao to slot home. Fernandes would proceed to score a brace in Portugal’s 2-0 win over Uruguay with a curling effort that looked initially like a cross before landing in the net, followed by a penalty in second-half stoppage time.