THE WASHINGTON POST – My assignment: to choose the best 15 kids’ and teen books of 2022 in three categories – picture books, books for middle-grade readers ages eight to 12 and books for teens. My take: There’s an absolute bumper crop of great books last year, so I’ve chosen 15 that are favourites of mine.

The tale focusses on a young girl’s eagerness to learn from her grandmother how to respect the Earth while still enjoying its bounty, especially many different kinds of berries.

Blackall, a two-time Caldecott medallist (Hello Lighthouse, Finding Winnie), tells the story of a family of 12 children and their life long ago in an old country house.

Unfolding in one long sentence, the story blends beautifully with Blackall’s many-layered illustrations, which were created from salvaged wallpaper, old dresses and more – from a real house. 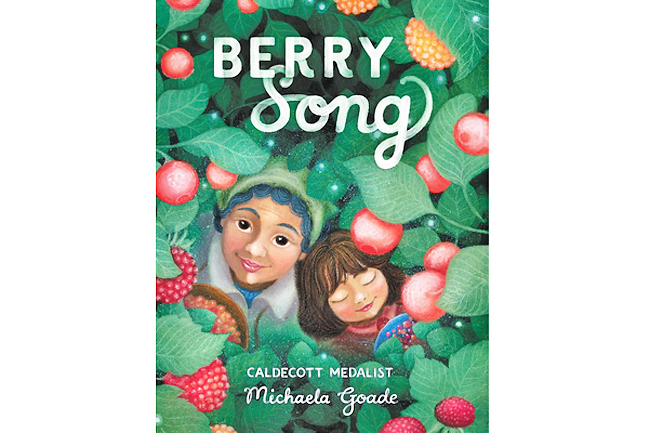 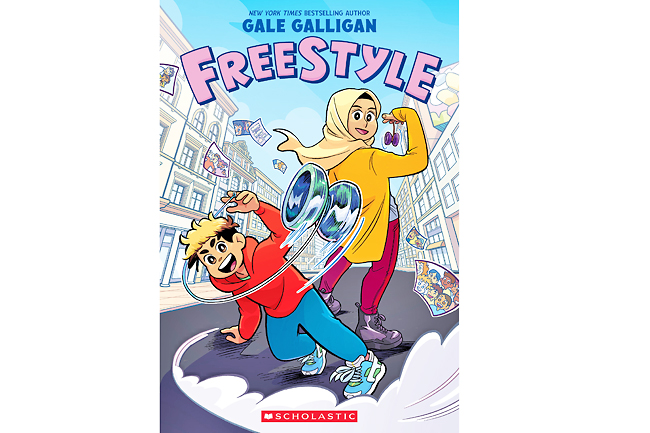 When a young boy named Dat starts school in a new country, his mother warns that “when people speak it will sound like gibberish.”

Vo uses a greyscale palette and humans portrayed as cartoonish monsters to underline Dat’s confusion and anxiety as he struggles to understand a new language.

For most of the book, only Dat appears in full colour; as his comfort and understanding grow, the grey world around him begins to bloom with colour.

It’s a sweltering summer day in the city, and a long-haired dachshund, tongue hanging out, goes on a lie-down strike – in the middle of a busy avenue. Fortunately, the dog’s patient owner understands, and the pair head off to spend several gloriously cool hours at the beach.

The pup and his owner soak up surf and sand before heading back home refreshed and “ready to leap/into a deep/ocean/sleep.”

Young Owl may be tiny, but he has achieved his outsize ambition of becoming a knight.

And just in time, as other, human knights are suddenly disappearing in this humourous, sumptuously illustrated story. Owl finds out why when he meets a hungry dragon, but, using his wits, he persuades the dragon to drastically change his eating habits.

As their last year of middle school begins, Cory Tan’s breakdance crew is rehearsing hard for a major competition.

But things fall apart when Cory gets grounded for poor grades and is forced to work with a tutor, a studious classmate named Sunna.

In her energetically illustrated graphic novel Freestyle, Galligan reveals how Cory’s discovery of Sunna’s unexpected yo-yo talent helps him see her in a new light, inspiring him to repair strained friendships among his dance crew and to bring up his grades.

Sixth-grader Marisol is a beloved only child living in Cuba, but when Castro’s revolution spreads violence in the 1960s, her fearful parents send her off to New York to begin a new life with foster parents.

In her wordless graphic novel, Castellanos plays with colour and uses emotion-packed images to portray Marisol’s disorientation and homesickness.

With time and help from her caring foster parents, however, Marisol eventually discovers ways to connect her former and current homes.

Twelve-year-old Sai has lucked into a prestigious position as assistant to Mangkon’s greatest mapmaker, Paiyoon Wongyai.

When the mapmaker is sent on a perilous expedition to uncharted seas, Sai goes along, and the journey proves to be life-changing in many ways.

Newbery Honor winner Soontornvat (All Thirteen, A Wish in the Dark) raises questions about serious issues such as colonisation and rigid social systems, but it’s her beautifully written fantasy – and the intrepid Sai – that will keep readers turning the pages.

Part science, part fiction and all heart, A Rover’s Story offers readers a fresh vantage point for thinking about issues such as identity, friendship and courage.

Newbery Honor author Warga (Other Words for Home) tells the intertwined stories of a young girl named Sophie and an emotionally intelligent Mars rover named Resilience, whom Sophie’s scientist mother helped to create. The result is a uniquely heartfelt book that explores the interplay of emotion and intellect.

The Sheep, the Rooster and the Duck – Matt Phelan

Phelan takes a little-known fact – a sheep, a rooster and a duck were the passengers in the first hot-air balloon launch in 1783 France – and spins an uproarious tale of spies, secret societies and high adventure.

As Phelan’s book opens, we learn that the animal trio has secretly worked for years to keep the world at peace.

Here, they take on their most difficult assignment yet. Phelan (The Storm in the Barn) adds to the fun by telling large swaths of the story through his illustrations.

Award-winning author Reynolds consistently writes remarkable books, but he sets a new standard of remarkable in this collaboration with longtime friend Jason Griffin.

Reynolds writes passionately about how our current pandemic – of COVID-19, racism and violence – has produced a world that appears broken beyond repair.

But Reynolds offers some hope for change.

His text is actually three lengthy sentences, and his words are starkly set against Griffin’s powerful art, creating a book that will speak deeply to teens and adults.

As Long as the Lemon Trees Grow – Zoulfa Katouh

In her debut novel, Katouh presents a searing portrait of life during the Syrian revolution.

Seventeen-year-old Salama Kassab has lost all her family to the war (her mother was killed, her father and brother arrested); she also suffers from PTSD.

Surrounded by death and destruction, Salama is torn between her belief that she should stay in Syria to be part of the revolution and her desire to escape and build a new life in Europe.

You don’t have to be a horror fan to appreciate the propulsive energy of Cherokee author Rogers’s writing or her skillful world-building in Man Made Monsters.

Featuring striking black-and-white illustrations by Cherokee artist Edwards, Rogers’s book is a collection of short stories that follow a Cherokee family across generations and into the future; along the way, they face a variety of monsters, from werewolves to murderers of Native women.

When 22-year-old Liz Montague asked editors at the New Yorker in 2019 why they didn’t publish more inclusive cartoons, they asked her to recommend a cartoonist.

She recommended herself, and she has contributed to the magazine ever since.

In her debut book, Montague recounts how she grew up in one of the few Black families in her New Jersey town, and how she anguished over whether she could make a living making art.

Montague captures her journey of self-discovery in her sometimes poignant, often hilarious illustrations.

Here Smith shares the details of his life before and after his Olympic protest.

Expelled from the Games and banned from athletic competition, Smith says he has no regrets: “We had to be seen because we were not being heard.”