COLOMBO, SRI LANKA (AP) – The Sri Lankan government is being urged to drop charges against two protest leaders detained for more than three months following the anti-government demonstrations that engulfed the island nation earlier this year.

Amnesty International also renewed its call for Sri Lanka to repeal the harsh, civil war-era Prevention of Terrorism Act (PTA) under which the two protest leaders are being held.

Wasantha Mudalige and Galwewa Siridhamma, both university student leaders, were arrested in August and have been detained for more than 90 days under the PTA.

Thyagi Ruwanpathirana, Amnesty International’s South Asia regional researcher, urged the government to drop the “baseless terror charges” against the two leaders and also not to extend their detention.

Mudalige and Siridhamma, who is also a Buddhist monk, were actively involved in this year’s anti-government protests and their arrests drew wide condemnation from opposition lawmakers and rights groups who say the duo have been detained without legal basis.

In recent weeks, opposition groups and rights activists have been staging frequent protests to demand the release of two leaders and end to a government crackdown on anti-government demonstrations over economic hardships.

“The continued targetted persecution of student leaders in Sri Lanka has a chilling effect on civil society and the right to protest,” Ruwanpathirana said in a statement released late on Wednesday.

There was no immediate comment from the government to the Amensty’s statement. 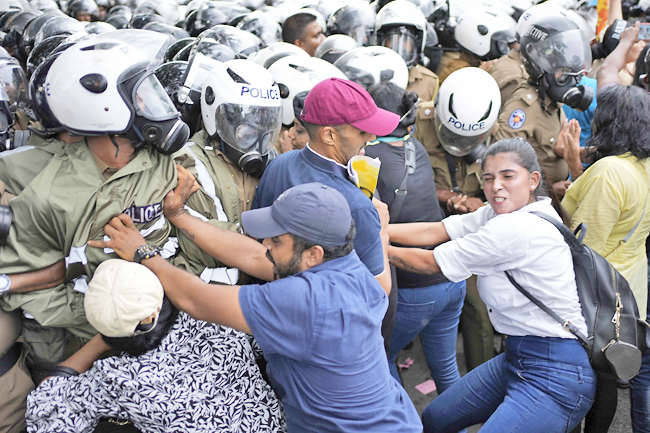