EAST GRAND FORKS, MINNESOTA (AP) – A 76-year-old Minnesota man is facing criminal charges because he was shooting at a squirrel and a bullet went through a child’s bedroom window in a neighbouring home.

East Grand Forks Police said they arrested the man after his neighbour reported some bullet holes in the siding of their home and a hole in the window of their son’s bedroom.

The man told officers he had been watching ball games on television and noticed a squirrel on his bird feeder, according to police.

He told officers he shot a .22-calibre rifle from his bedroom window at the squirrel and believed he hit the animal.

He told officers he had shot at squirrels at least six times over the past two years because he considered it “war” when they got into his bird feeder, according to court documents.

The man’s wife said to him, “Well, I told you” as he was being arrested, police said.

The man is charged with recklessly handling a dangerous weapon, a misdemeanour, and a felony count of discharging a firearm within a municipality.

He faces up to two years in prison and a USD5,000 fine for the felony charge. 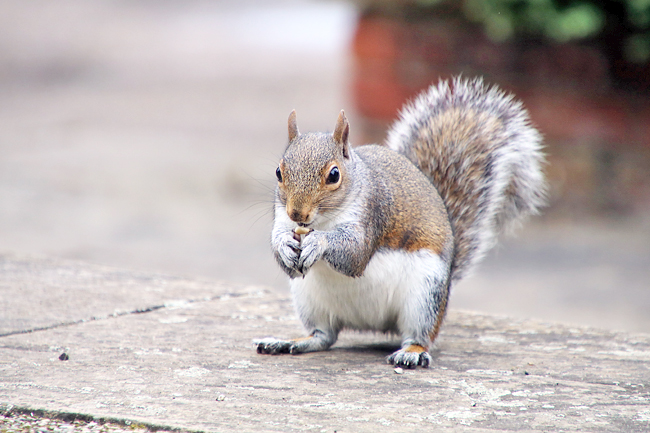