The children under Children’s Cancer Foundation (YASKA) jotted down their messages on handprint-shaped papers and placed them on a decorated tree in line with this year’s International Childhood Cancer Day theme – ‘Better Survival is achievable #throughourhands’.

The global campaign aims to raise awareness that childhood cancer is curable.

Many of the children’s messages on the Tree of Life were posted on YASKA Brunei’s Facebook page.

At 13 years and eight months, Danish Aliuddin, who has been fighting leukemia since three, wrote: “I can do it”. Danish left for Singapore on February 23 to undergo chimeric antigen receptor (CAR) T-cell therapy, which is a promising new way to get T-cells (a type of white blood cells) to fight cancer. 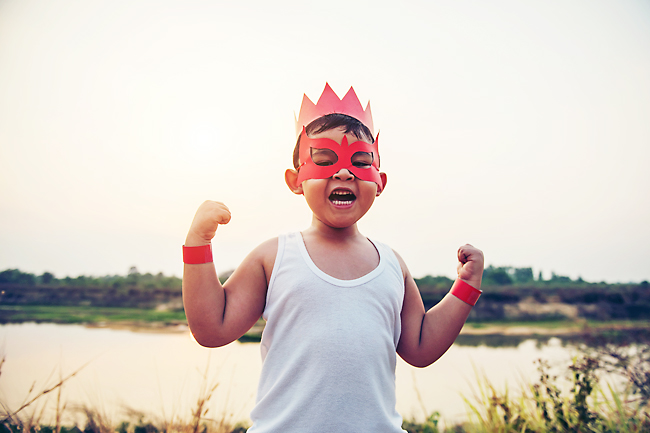 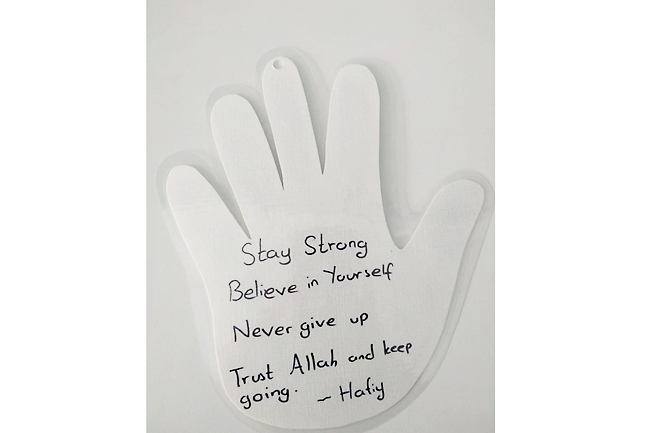 Meanwhile, 18-year-old Danial Hakim put forward the message: “At the end of every tunnel, there’s always light”. Danial is diagnosed with osteosarcoma and has completed treatment.

Osteosarcoma is the most common type of bone cancer, and accounts for about three per cent of cancers in children.

Aried, who is 10 years and two months old, has completed his treatment for neuroblastoma and inked the message: “#Pray #Hope #Fight Fight till the end”.

Neuroblastoma is a solid tumour (a lump or mass caused by uncontrolled or abnormal cell growth) formed by special nerve cells called neuroblasts. Normally, these immature cells grow into functioning nerve cells. But in patients with neuroblastoma, they become cancer cells instead.

Five-year-and-three-month-old Alisha, who also suffered from neuroblastoma, has completed treatment. She penned the words, “Be strong”.

Meanwhile 11-year-and-10-month-old Aiman also wrote “Be strong” in his message for the Tree of Life. Aiman was diagnosed with Hodgkin lymphoma and has completed his treatment. Hodgkin lymphoma is a type of cancer that develops in the white blood cells in the lymphatic system, which is part of the immune system.

Thirteen-year-and-three-month-old Amirah, who has completed treatment for non-Hodgkin lymphoma, jotted down “Love you all, be strong, be happy, Allah always be with us. Tq for those who always supported me”.

Four-year-and-three-month-old Ayia was diagnosed with Wilm’s Tumour and has completed treatment. Her message was: “Never give up”. Wilm’s Tumour is a rare kidney cancer that is highly treatable. Most children with Wilm’s tumour survive and go on to live a normal life.

Danish Muazzam Mumad aged four years and seven months old was diagnosed with hepatoblastoma and has completed treatment. His message was: “Tetap Semangat dan Berdoa Terus Sihat Selalu” (“Stay enthusiastic and continue to pray to always stay healthy”). Hepatoblastoma is the most common type of liver cancer in children. It often happens in children under the age of three.

Twelve-year-old Daneesha, who was diagnosed with retinoblastoma, has completed treatment, and her brave message was: “When you’re high on emotion and losing your focus and too exhausted to pray, do not get lost in the moment or give up when you’re closer so you need somebody to say it’s ok not to be ok or you could remind yourself”.

Retinoblastoma is a cancer that starts in the retina, the very black part of the eye. It is the most common type of eye cancer in children. She wrote this piece in braille and her mum helped to write it for her on paper, reminding her constantly not to miss a single word.

Syasya, who also suffered from Acute Lymphoblastic Leukemia, left a message: “Keep fighting, stay strong, believe there is a cure #Cancer Survivor”, while another message was shared by Molek, who wrote: “We all reached for the stars together”.