In an interview with the Bulletin, Noraqilah Bazilah binti Mohd Daud, in her capacity as the Head Choreographer of the stage performance for the Brunei-Muara District get-together, said there are over 400 participants involved, including young students carrying bunga manggar.

Noraqilah Bazilah added that with the involvement of the elderly, adults, youth and children in the special performance, it showed clearly the sincerity to honour the presence of His Majesty and members of the royal family in a gratuitous celebration.

“The rehearsal started in the beginning of June and was set three times a week, including at the participants’ schools and on the field,” said the head choreographer, adding that even though the number of participants this year was less than in previous years, the uniqueness of the performance style could be felt with the addition of new segments.

She said this year saw a sketch performed by local actors to compliment the singing and dancing performances. 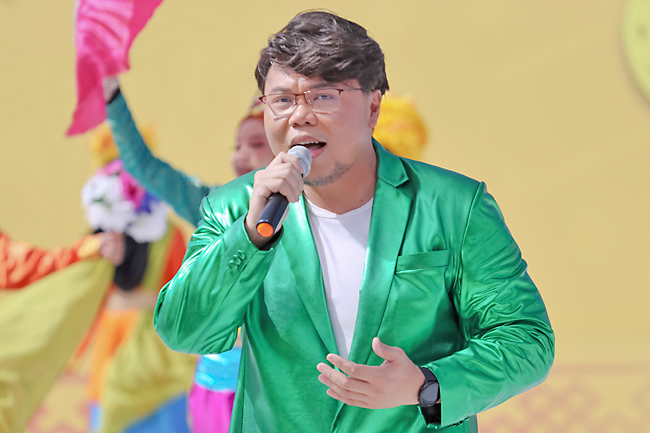 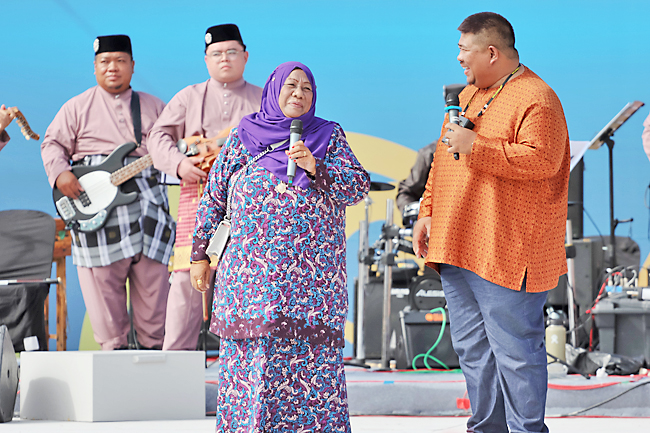 Noraqilah Bazilah also said that standard operating procedures (SOPs) were also implemented to curb the spread of COVID-19, which was also highlighted during rehearsals.

Dayat Ahim, one of the singers who took part in the final segment, told the Bulletin that this was the second time he had been involved in the special performance and felt grateful to be a part of the celebration this year.

He also expressed excitement for working with Gentara Begawan again.

Another performer and actor Hajah Lina binti Haji Suhaili expressed how blessed she felt to be able to showcase her acting skills in the presence of His Majesty and members of the royal family.

Touching on the preparations prior to the day, Hajah Lina said that they had carried out detailed discussions to achieve the objectives in terms of the thought process, plots, characters and language.

She added that the fun part of the performance during the acting segment was holding the principle of letting all the conversations featured be done spontaneously, so that the finesse of the art could be felt, thus paving the way of aesthetic values.

“Surely it was a big responsibility, especially in bringing the theme of this year’s performance in front of His Majesty, who is known for having concerns for the people and the country. Daulat Kebawah Duli Tuan Patik,” said Hajah Lina.