Spielberg, ‘Top Gun’ feted by National Board of Review

NEW YORK (AP) – The prize for best film of the year at the National Board of Review Awards went to Top Gun: Maverick. Martin McDonagh’s The Banshees of Inisherin took home the most trophies. But the night belonged to its best-director honouree, Steven Spielberg, and the parade of tributes paid to the 76-year-old filmmaker.

So effusive was the praise for Spielberg that Colin Farrell, there to accept the award for best actor for his performance in The Banshees of Inisherin, said the experience of first watching ET was the most euphoric of his life, ranking it even above the births of his two children.

Despite the lack of a broadcast from Cipriani’s 42 Street in midtown Manhattan, the National Board of Review Awards have long been a regular and starry stop in Hollywood’s awards season. This year’s ceremony, hosted on Sunday for the seventh time by Willie Geist, came right in the thick of a battery of big dates on the Oscar calendar. The Golden Globes are today, the Screen Actor Guild nominations tomorrow and voting for the Academy Awards starts on Thursday.

That meant that the NBR Awards, put on by a long-running group of film enthusiasts, was a chance to stoke buzz and polish acceptance speeches. The National Board of Review makes it easier, too, by announcing winners in advance and pairing each with a lavish introduction from a collaborator or friend. Spielberg, who won best director for his movie-memoir The Fabelmans, was introduced by West Side Story star Ariana DeBose. 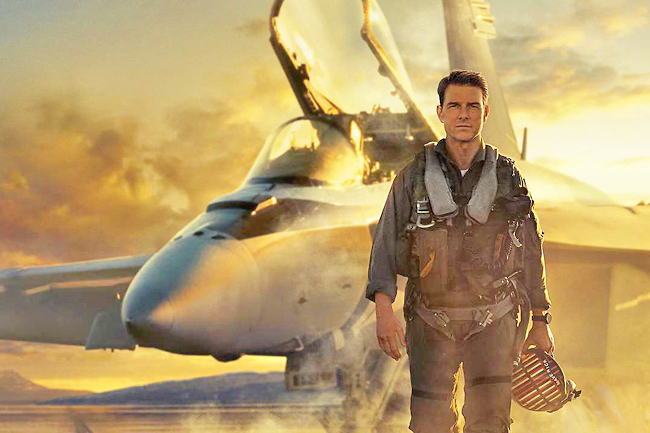 DeBose recalled being in a nail salon when “Steven Spielberg” called to ask if she would join the cast.

“What I remember most about that moment, aside from the experience of realising that blood was rushing to my head and to my feet simultaneously, was thinking: Wow, what a gentlemanly, respectful, generous call that that was to make,” DeBose said. “To ask someone to join you in an adventure.”

Gabriel LaBelle, who plays a fictionalised version of young Spielberg in The Fabelmans and was honoured for breakthrough performance along with Danielle Deadwyler of Till, similarly described the life-changing nature of a call from Spielberg.

“I feel like I’m in debt, like I owe you, like I owe you my first born child or something,” LaBelle said, still in apparent disbelief at his turn of fate. “I don’t know how I’ll ever pay you back.”

When Spielberg took the stage, the crowd rose in a standing ovation. “My whole career in all the films I’ve directed – my job, as I have seen it – is as the accompanist and the conductor to whoever or whatever should be the centre of your attention,” he said. “But when it came time for me to sit down with Tony Kushner to explore the possibilities of a story that became The Fabelmans, I realised for the first time that I couldn’t take cover behind a mothership or a T-Rex or a big mechanical shark that never worked.”

Much has been made about The Fabelmans being Spielberg’s most personal film, a classification he didn’t dispute. Though he noted that every movie, in any genre, can be personal to a director, Spielberg said making his latest “was like moving back in with my parents and my sisters”.

Though Spielberg is renowned as a hit-maker, The Fabelmans has struggled to ignite at the box office with just USD15.1 million worldwide, sapping some of its Oscar momentum.

Meanwhile, the awards hopes for a pair of theatrical successes – Top Gun: Maverick and Everything Everywhere All at Once – have risen. Top Gun star Tom Cruise didn’t attend on Sunday, but producer Jerry Bruckheimer applauded him while accepting for best film.