ANN/THE STAR – You want to be healthier and live longer, but finding the time to exercise can be difficult for many people.

A new study, however, finds you might need just two minutes a day to achieve those goals.

“There are additional health benefits if one does VPA up to approximately 50 to 60 minutes per week,” said lead author Dr Matthew Ahmadi, a postdoctoral research fellow at the University of Sydney, Australia.

For their study, published recently in the European Heart Journal, the researchers selected and enrolled 71,893 adults from the United Kingdom (UK) Biobank, “a large-scale biomedical database and research resource, containing in-depth genetic and health information from half a million UK participants”.

All participants – who were between the ages 40 and 69 and had no evidence of cancer or cardiovascular disease – were given a wearable device that tracked their physical activity and classified it as either vigorous, moderate intensity or light intensity. 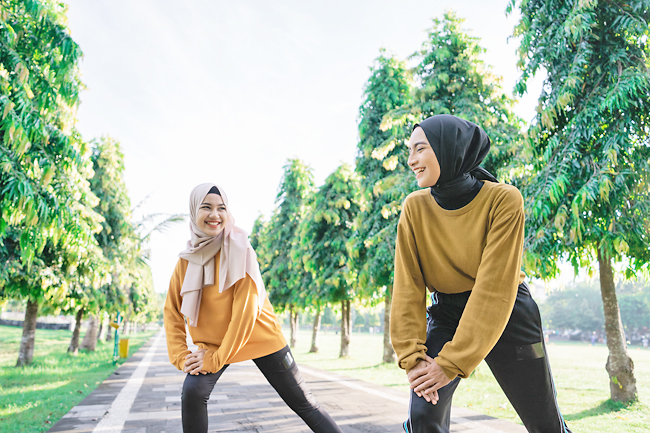 “This is one of the largest wearables device-based (studies) in the world and the first to assess the health-enhancing benefits of VPA,” Dr Ahmadi said.

Although moderate physical activity was described as exercise that raises your heart rate but doesn’t leave you out of breath, vigorous exercise includes “sprints, high intensity interval training, swimming or cycling at fast speeds”. This exertion leaves a person trying to catch their breath while speaking.

According to the study, adults who did not participate in any VPA had a four per cent risk of dying in five years.

Adding about 10 minutes of VPA a week cut that risk in half, and adding 60 minutes a week cut it in half again, to a one per cent risk.

“Overall, we found that much lower durations of VPA were needed to lower morbidity and mortality risks. Therefore, any physical activity a person is doing provides an opportunity to do VPA, if they can do the activity at a faster pace or higher intensity for just short periods of time,” said Dr Ahmadi.

This is good news for many people, physical therapist Mike James said, “For those people who are already doing exercise, that is great and they should keep doing it.

“But for people who cannot make it to a gym, they can also attain the health benefits of VPA by doing their daily activities at a faster pace, even if it’s just for short periods of time.

“For example, try gardening or doing household chores at a little higher intensity for short periods.

“Or fast walking interspersed with comfortable walking pace when walking during the day.”