Spanish league finds no proof of racial abuse by player

MADRID (AP) — The Spanish league said yesterday it has not found any evidence to support accusations by a player who said he was racially insulted during a match last weekend.

The league said it has analysed the available video and audio of conversations between the two players, including hiring a company specialised in lip reading, but found no proof of racially abusive language.

The incident occurred during last Sunday’s game between Cádiz and Valencia. The Valencia players walked off the field after Mouctar Diakhaby (AP pic, below) said he was racially insulted by Cádiz defender Juan Cala. Diakhaby is Black. Cala has denied any wrongdoing.

In response to the league’s conclusions, Valencia said “just because evidence was not found does not mean that the incident did not occur”.

“Even though the league has carried out its investigation our club does not change its opinion on what happened and maintains its complete support of Diakhaby,” Valencia said. 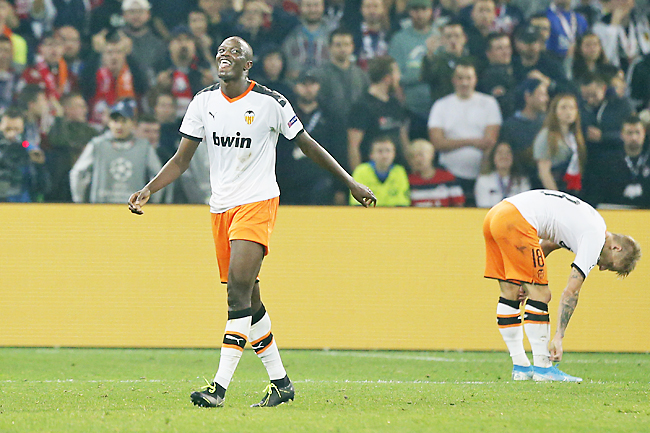 The match continued after the Valencia squad returned saying it felt threatened by the referee with the loss of points.

The incident is also being investigated by the Spanish football federation.

The Spanish government sent a letter on Wednesday to the league and federation expressing “concerns with situations like this”, which have been happening “often in football competitions in our country”.

The league said in its statement that it “condemns racism in all its forms and maintains its commitment to combatting any of its manifestations”.

The league added that it had shared its findings with the federation and the two clubs.