MADRID (AFP) – Hundreds protested against domestic violence across Spain yesterday as a search resumed in the Canaries for a toddler whose father is suspected of also killing his other daughter.

The girls, aged one and six, were reported missing on April 27 after being taken away by their father, with the presumption being that he abducted them.

But last Thursday, the body of six-year-old Olivia was found at the bottom of the sea off Tenerife wrapped in a bag that was weighted down with an anchor.

After Olivia’s body was found, huge crowds turned out across Spain to protest against
domestic violence.

Fresh protests were held yesterday, with hundreds observing a minute’s silence outside town halls across Spain.

Over the weekend, the court lifted a gag order on details of the case. 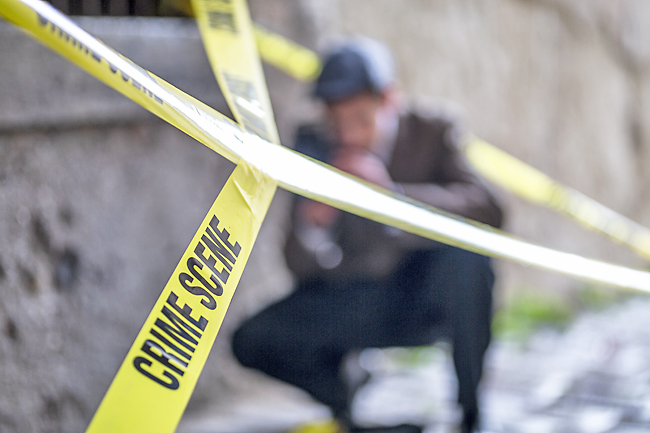 The investigating magistrate said it was “most likely” that Tomas Gimeno killed both his daughters at home then dumped their bodies at a depth where they were unlikely to ever be found.

In her nine-page statement, the magistrate said when Gimeno had taken the girls, he wanted “to kill them in a planned and premeditated manner”.

“He aimed to inflict on his ex-partner the greatest pain that he could imagine, an inhuman pain,” she said.

On the day the girls went missing, Gimeno was seen loading several bags onto his boat, witnesses told investigators.

An autopsy carried out on Friday found Olivia died a “violent death”, the court said. “Although only Olivia’s body has been located so far the most probable hypothesis regarding Anna is, unfortunately, the same,” the magistrate said.

The abduction and suspected murder of the two girls came a year after the girls’ mother, Beatriz Zimmermann, broke up with Gimeno.

Gimeno reacted very badly, sending her “offensive and insulting” messages, especially when she found a new partner, the magistrate said.

“The defendant’s desire was to leave his ex-partner in the dark as to the fate of Olivia and Anna,” she wrote.

The case has now been passed to a Tenerife court specialising in gender violence.

“The whole of Spain is in shock”, Prime Minister Pedro Sanchez said on Friday.