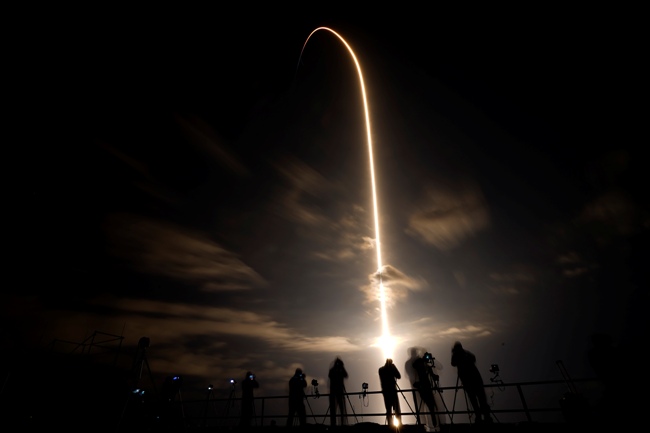 The Crew-2 mission, the first involving a European, blasted off from the Kennedy Space Center in Florida at 5.49am (0949 GMT).

“Endeavour launches once again – four astronauts from three countries on Crew-2, now making their way to the one and only ISS,” announcer Gary Jordan said to loud cheers and applause.