ANN/CHINA DAILY – Mutated rice seeds brought from space may provide new species on Earth and result in higher yields than their terrestrial counterparts.

Space breeding is a process in which seeds are exposed to cosmic radiation and microgravity during a space mission to mutate their genes and are returned to Earth to generate new species.

Back on Earth, scientists examine and evaluate the mutations.

Some can be positive, conferring properties favoured by farmers, such as greater yields, shorter growth periods and better resistance to disease. 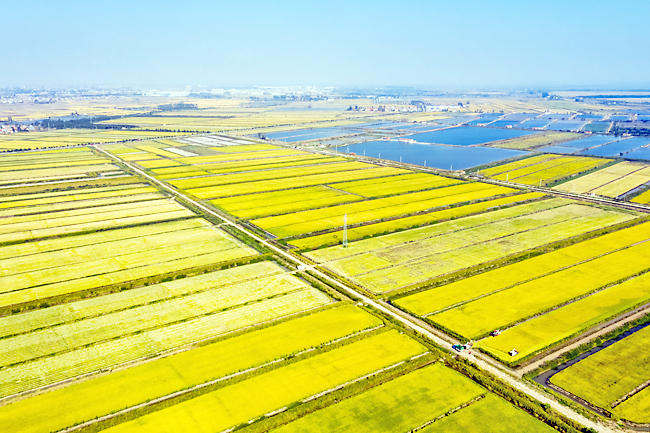 “On September 17, 2021, we got back the seeds carried by the Shenzhou-12 manned spaceship when it returned to Earth after three months in space,” said President of Hubei Jinguang Agricultural Technology Co Gao Xuegang.

“The high-quality seeds that we carefully selected include corn, rapeseed and rice.”

After the seeds went through an additional selection process and were germinated by experts at China’s Space Breeding Achievement Transformation Centre, the rice seedlings were planted in Hainan province in November 2021 to generate more seeds.

In June, 150 kilogrammes (kg) of high-quality space-bred rice seeds were selected and planted on 20 hectares in Wuhan.

“This is the second time we planted space-bred rice, after a first success in 2021,” Gao said.

“During the whole process, we used no pesticides or chemical fertilisers. The rice harvested last year had better quality than common rice, a sweeter fragrance and a softer and waxier texture.”

Gao said the results of this year’s planting experiment show that space-bred seeds can be used as an early or late crop because of their adaptability.

“Because of the unusually high temperatures and severe drought this summer, diseases and insect pests were serious in some regions in the country, reducing the rice output,” he said.

“Space creates a special mutagenesis environment, which is difficult to achieve on Earth.”

Mutagenesis is a process that leads to permanent and possibly inheritable genetic mutation.

Scientists expect to produce 7,125 kg per hectare this year, Gao said. Some of the rice will be used for further breeding research and some will be supplied to the markets as a high-end product costing about CNY200 (USD27.46) per kilogramme.

So far, the company has conducted the planting experiment on more than 333 hectares of farmland in Jiangxi, Guizhou, Hunan and Shandong provinces in cooperation with local farmers.

“I believe there are good prospects for the industrial development of large-scale planting of space-bred rice,” said Dong.