BEVERLY HILLS, UNITED STATES (AFP) – Cyanide-filled fake teeth and concealed cameras are among the Soviet spy gadgets going under the hammer at a Beverly Hills auction this week.

Many retro espionage devices in the sale by US-based Julien’s Auctions – known for Hollywood and pop culture memorabilia – would not be out of place in a classic James Bond movie, including microphones hidden within pens, ashtrays and porcelain plates.

“The people that actually created these things were the pioneers of miniaturisation,” said Director of Gallery Operations Kody Frederick.

“Everybody now carries a camera, everybody now has a microphone,” but many of the auction’s spy gadgets hail from an era when cell phones were “as big as six bricks”, Frederick told AFP.

Miniature cameras fitted inside women’s handbags, belt buckles, shoebrushes, birdboxes, signet rings and ties – and used by real secret agents – are all going on the block. 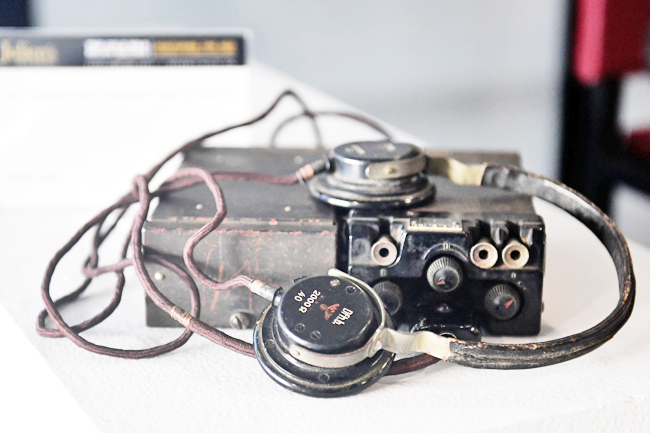 “People are looking to get their hands on really unique, different pieces from a time when digital didn’t exist and analog was the way of life,” Frederick added.

Following the fall of the Soviet Union, many of the items were discarded in Eastern Europe and eventually made their way to New York’s short-lived KGB museum, which opened in January 2019 but closed last year due to the pandemic.

Among those for sale this Saturday, both on-site in California and via the Internet, are a fake tooth containing deadly cyanide expected to fetch up to USD1,200.

“The tooth was designed to shatter when bitten a certain way so that captured agents could end their own lives when necessary to avoid torture or the release of compromising information,” explained the auction catalogue.

The collection includes a replica of the ‘Bulgarian umbrella’ used in 1978 in London to fatally poison Bulgarian dissident Georgi Markov in one particularly infamous Cold War episode.

But other initially announced items including a lipstick tube and a pen designed to fire bullets had to be withdrawn due to California’s gun laws.

Spy enthusiasts will have to content themselves with clandestine devices used to store sensitive microfilm or other documents, including cufflinks, high-heeled shoes, hollowed-out coins… and even a “rectal concealment capsule”.

Alongside the double-agent gadgets, Cold War relics for sale will include Che Guevara’s 1942 school report card, and letters signed by him and fellow Communist revolutionary leader Fidel Castro.

One Castro missive contains plans to infiltrate Havana, and is predicted to draw bids up to USD1,500.

Further objects relate to the US-Soviet space race, such as NASA spaceship designs, vintage astronaut equipment and archive film stock including footage of the low-gravity testing of “various faecal and urine collection devices”.