ANN/THE STAR – South-East Asia, like much of the rest of the world, is losing patience with the US dollar.

The weaponisation of the world’s reserve currency, as through sanctions on those deemed bad actors has pushed even the typically diplomatic Southeast Asians to warn the United States (US) of the consequences.

In a conference in Singapore on Tuesday, multiple former officials spoke about de-dollarisation efforts underway and what economies in the region should be doing to mitigate the risks of a still-strong dollar that’s weakened local currencies and become a tool of economic statecraft.

“The US dollar is a hex on all of us,” former foreign minister of Singapore George Yeo said at the conference hosted by the ISEAS-Yusof Ishak Institute.

“If you weaponise the international financial system, alternatives will grow to replace it and the US dollar will lose its advantage.”

While few expect to see the end of the dollar’s global sovereign status anytime soon, Yeo urged that the risk of it happening be taken more seriously. 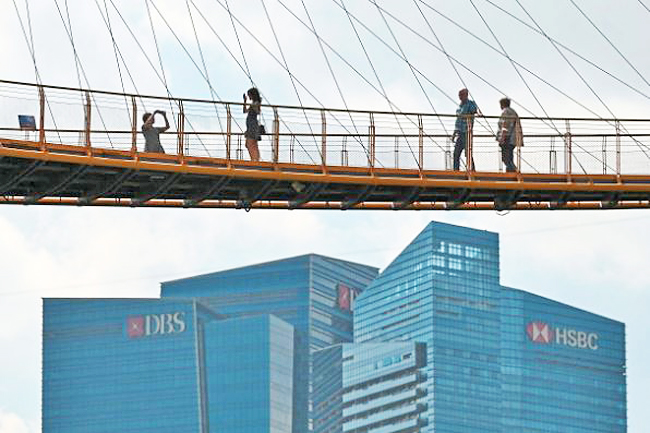 “When this will happen, no one knows, but financial markets must watch it very closely,” said Yeo, who is a visiting scholar at the National University of Singapore’s Lee Kuan Yew School of Public Policy.

After gaining 6.2 per cent in 2022, the US dollar is down 0.67 per cent in the first several days of this year, through the end of Tuesday, according to the Bloomberg Dollar Spot Index.

Yeo noted that in times of crisis, the dollar rises further – as with levies on Russia that have left Russian banks estranged from a network that facilitates tens of millions of transactions every day, forcing them to lean on their own, much smaller version instead. That’s put more pressure on third-party countries, too, which have to unduly rely on US dollar use.

“I have believed for a long time that reserve currency diversification is absolutely critical,” said Lembong, who’s also a co-founder and managing partner at Quvat Management Pte Ltd.

Supplementing dollar use in transactions with the use of the euro, yuan and the yen, among others, would lead to more stable liquidity and ultimately more stable economic growth, he said.

The 10 ASEAN countries are just disparate to establish a common currency, similar to the euro.

But Lembong said he was “deeply passionate” about this subject of the dollar as a global reserve currency.

The direct digital payments systems, which have boosted local currency settlement between Malaysia, Indonesia, Singapore and Thailand, are “another great outlet for our financial infrastructure,” he said.