Lee Ki-young, who was arrested late last month for the murder of a taxi driver and his ex-girlfriend, will undergo an extensive investigation into additional DNA found inside his home.

Looking back, South Korea’s history of serial killers is still considered for its hateful brutality and aggression.

Here are three of Korea’s most notorious serial killers:

Oscar-winning director Bong Joon-ho’s 2003 thriller Memories of Murder is loosely based on the country’s most infamous cold case: The Hwaseong murders.

Between 1986 and 1994, a total of 15 women and young girls were killed around Hwaseong, about 40 kilometres south of Seoul. Victims ranged in age from eight to 71, and 14 were found bound, gagged, raped and strangled to death, in most cases, with their own underwear. 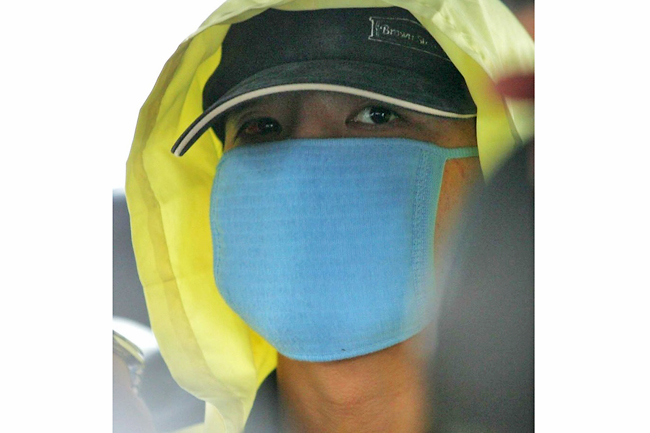 The horrific nature of the killings and the failure to bring the killer to justice haunted the country for decades. On top of that, Lee’s murders spawned several copycat crimes.

The case served as a wake-up call to Korea about the importance of forensic science. The cases remained unsolved until 2019, when police sent evidence collected from the scene 30 years ago for DNA testing. The match was Lee Choon-jae, already serving a life sentence for the murder and rape of his sister-in-law.

Lee confessed to the murder and rape or attempted rape of 30 additional victims, but he was not prosecuted for them due to the statute of limitations. A murder of a teenager by Lee actually led to the wrongful conviction of another man, released after serving 20 years in prison.

Growing up, Lee was “quiet, nice and introverted”, his neighbours reportedly said. Lee claimed he was raped as a child by a woman in his neighbourhood. But according to his wife, Lee was an alcoholic who would physically abuse his family, including his son.

Jeong Nam-gyu killed a total of 14 people and wounded 19 from 2004 to 2006. His victims were both female and male as well as different ages.

Police were shocked when Jeong confessed he “wanted to smell more blood because it smells good”, after his arrested in 2006. He also told the police he regretted getting caught before he could kill 1,000 people.

His killing spree began with two boys, ages 12 and 13, at a playground in Bucheon, 25 kilometres west of Seoul. Jeong threatened them with a knife, dragged them to a nearby mountain, sexually assaulted them and eventually strangled them to death.

Jeong killed in narrow, empty streets or after breaking into victims’ houses. He used a knife in his early crimes, but switched to blunt objects, like hammers, as his killing spree continued.

He looked for targets in southwestern Seoul, where not many surveillance cameras were installed at the time.

Jeong showed no remorse after being caught. He even smiled at the TV camera while filming his crime reenactment. He was reportedly a fan of the American TV show CSI:

He was sentenced to death in 2007, but killed himself in jail two years later.

Jeong said he had been physically abused by his father and sexually assaulted by a male neighbour when growing up.

His first targets were a 72-year-old university professor and his wife, murdered in January 2003. Yoo said he was motivated by hatred of the wealthy, and claimed his killing spree was due to that resentment. But the majority of his victims were either blue-collar workers or prostitutes.

From 2004 on, he specifically targetted sex workers, the police found after expanding the investigation into a series of his earlier murders.

The manner of his murders was particularly grim: He dismembered the bodies and even claimed to have eaten the flesh of some of his victims.

Yoo was arrested in July 2004 after pimps reported Yoo’s home phone number to the police after women who worked for them went missing.

In a media interview closely following his arrest, Yoo said he hoped his crimes would “prevent women from acting like tramps and awaken the rich”.

He is currently in prison after receiving a death sentence in 2005.

According to an episode of SBS’ investigative TV show Unanswered Questions aired in 2019, he remains hostile and aggressive behind bars and uncooperative with prison guards.

Yoo is expected to serve his whole life in jail, as Korea has not carried out an execution sentence since 1997.